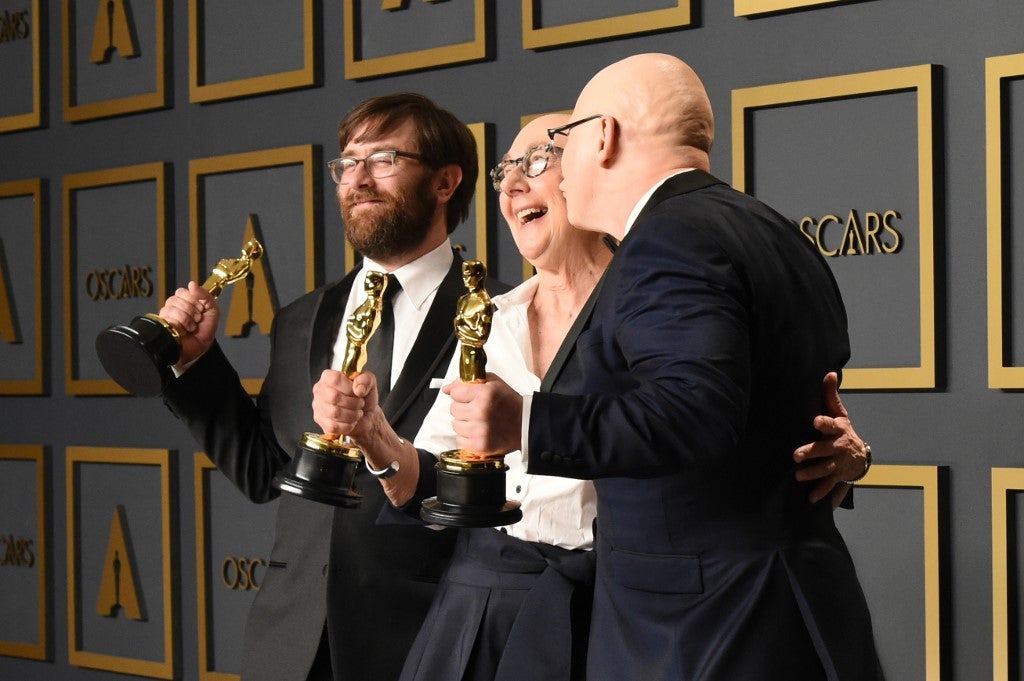 US directors Julia Reichert, Jeff Reichert (R) and Steven Bognar (L) pose in the press room with the Oscar for Best Documentary Feature for “American Factory” during the 92nd Oscars at the Dolby Theater in Hollywood, California on February 9, 2020. Photo by Robyn Beck / AFP

HOLLYWOOD — “American Factory”, a documentary produced by Barack and Michelle Obama for Netflix about a manufacturing plant in the US Midwest reopened by a Chinese billionaire, won the Oscar for best documentary on Sunday.

The film charts a Midwestern rust belt community’s journey from optimism at the giant plant’s reopening — bringing back vital jobs — toward creeping anger and disillusionment as the Chinese management imposes its strict, exhausting demands on workers and sacks those who do not comply.

“Our film is from Ohio and China,” director Julia Reichert said while accepting her golden statuette. “But it really could be from anywhere that people put on a uniform, punch a clock, trying to make their families have a better life.”

“Working people have it harder and harder these days, and we believe that things will get better when workers of the world unite,” she said.

Co-directed by Reichert and Steven Bognar, the film is an all-access look at how both American and Chinese workers, from blue-collar to management, had their lives transformed by powerful global economic forces that caught the eyes of none other than the Obamas.

The former first couple acquired “American Factory” at the January 2019 Sundance Festival, where it had won the directing award, and was released on Netflix in August that year as the first offering from their Higher Ground Productions company.

Both Barack and Michelle Obama congratulated Reichert and Bognar for their win Sunday, with the former president calling the film “a complex, moving story about the very human consequences of wrenching economic change.”

Michelle said she was “glad to see their heart and honesty recognized — because the best stories are rarely tidy or perfect.”

“But that’s where the truth so often lies,” she wrote on Twitter.

“The Edge of Democracy”, “The Cave”, “For Sama” and “Honeyland” were also up for best documentary.