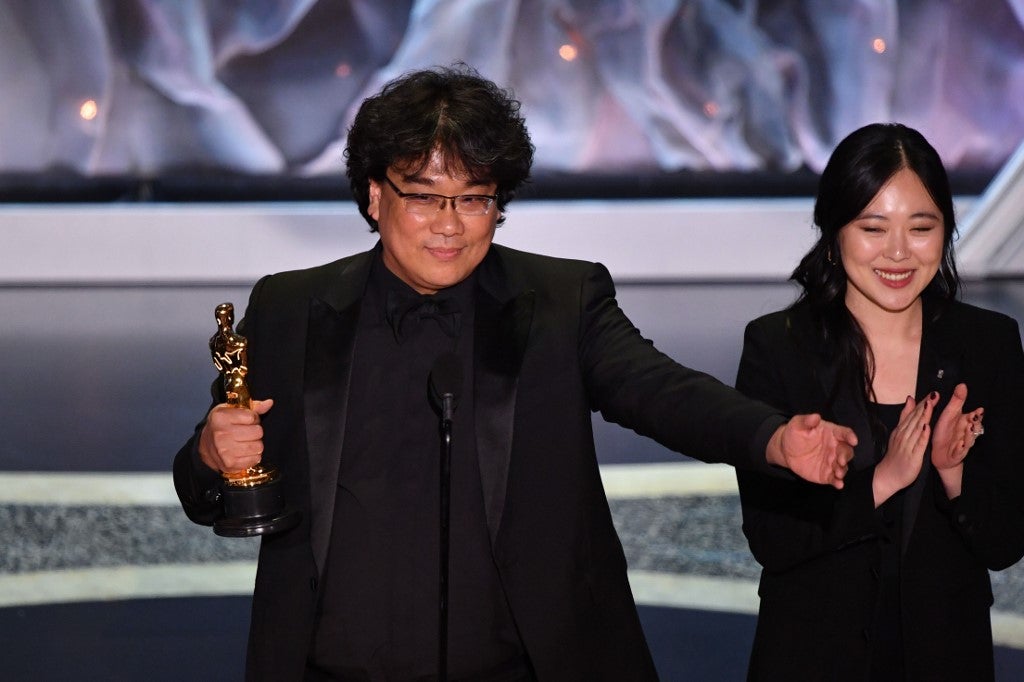 South Korean director Bong Joon-ho accepts the award for Best International Feature Film for “Parasite” during the 92nd Oscars at the Dolby Theatre in Hollywood, California on February 9, 2020. Photo by Mark RALSTON / AFP

The South Korean dark comedy “Parasite” on Sunday took home the Oscar for best international feature film — a category that until this year known as best foreign language film.

“I applaud and support the new direction that this change symbolizes,” said writer-director Bong Joon-ho, who bested a field that included Pedro Almodovar’s “Pain and Glory” and Ladj Ly’s “Les Miserables.”

The film, about a poor South Korean family infiltrating a wealthy household, is expected to battle “1917,” Sam Mendes’s innovative and personal World War I movie, for the night’s top prize, best picture.

“I’m ready to drink tonight,” Bong — who earlier won the award for best original screenplay — said to applause and laughter.