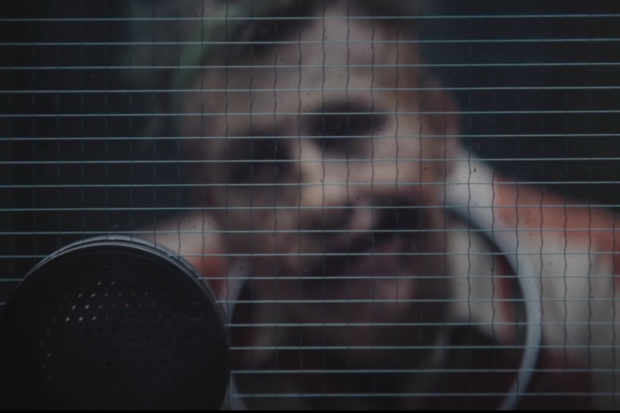 “The Batman” has revealed a deleted scene from the recently released DC film that shows Batman coming face to face with his classic nemesis, the Joker.

The scene is shown after solving a series of riddles on the Rataalada website, mimicking the Riddler’s word puzzles in the superhero film. It was also released as an unlisted YouTube video on Warner Bros. Pictures’ YouTube channel yesterday, March 24.

In the scene, fans get a glimpse of Irish actor Barry Keoghan’s terrifying take on the Joker while Batman (Robert Pattinson) talks to the Clown Prince of Crime in Arkham State Hospital. It also hinted that the Joker was one of the first villains that Batman captured.

“Almost our anniversary, isn’t it?” Joker quips in the scene.

The two also talk about the Riddler’s possible motivation for murdering corrupt officials in Gotham City.

“Maybe he’s a fan of yours? Or maybe he’s got a grudge against you too. Maybe you’re the main course,” the Joker says.

He then taunts Batman, telling him that the Caped Crusader might be agreeing with the Riddler’s decision to kill corrupt leaders of the city.

“I think somewhere, deep down, you’re just terrified, because you’re not sure he’s wrong,” he tells Batman before cackling.

The scene only showed a blurred image of the Joker’s face while focusing on his badly scarred mouth and green hair, though it offers more than the shadowy figure and voice of the Joker that made it to the film’s final moments.

Keoghan expressed excitement over playing the Joker while showing the deleted scene on his Twitter page today, March 25.

“Honestly, I am stuck for words but I am very very BLESSED to play this role after the AMAZING AMAZING actors before me. Here’s my version. Enjoy,” he told fans.

‘The Batman’ soundtrack soars on Spotify

Read Next
NHK WORLD-JAPAN’s oddball comedy series ‘How to be Likable in a Crisis’ is a hidden TV gem worth discovering
EDITORS' PICK
House energy committee chair Arroyo bats for cheap electricity
Karding damage to infrastructure at P23M
Bongbong Marcos says PH ‘open for business’ with new Clark Airport terminal
Individuals affected by ‘Karding’ now over 157,000
Reignite your passion with the vivo Y35
Newbie gamers are in for a treat with the power-packed feature of vivo Y16
MOST READ
LPA enters PAR, may develop into tropical depression
Angelica Panganiban ‘duguan, sugatang mom’ one week into breastfeeding
LPA east of extreme Northern Luzon intensifies into Tropical Depression Luis
LOOK: Gwyneth Paltrow goes nude and golden in 50th birthday shoot
Don't miss out on the latest news and information.