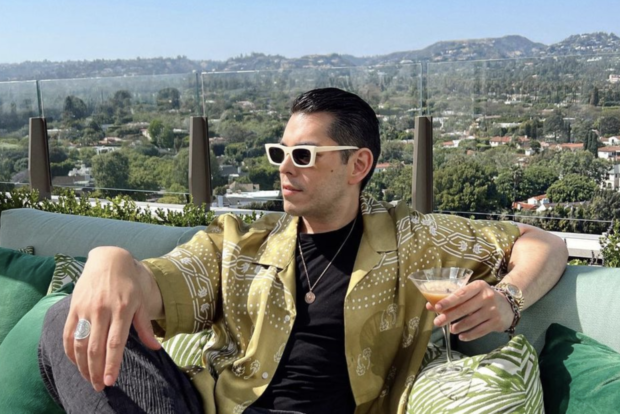 Raymond Gutierrez got real about the struggle to live one’s “truth” in show business as he recalled his own experience in coming out as part of the LGBTQ+ community.

The TV host looked back at his coming out story when he guested for the second part of vlogger Wil Dasovich’s “Superhuman” podcast, released on Spotify last Monday, June 6. Gutierrez, who revealed he is gay through a magazine interview last year, was asked by Dasovich about his family’s reaction to his coming out, and whether a loved one was “not super happy” about it.

“I think when I came out, it was kind of like they all knew already so it was not a shocker. I think what’s great about my family is that they really told me how much they love me…,” he recounted, adding that he had a similar experience with his friends.

“Nobody really pressured me. Everyone knew who I was, what I was but nobody forced me out,” he told Dasovich.

Prior to doing the interview, Gutierrez admitted he doubted whether his coming out story would make an impact since “people already know.” Given this, he was surprised to find out that he inspired others to come out to their friends and families after his revelation.

“People were like ‘Because of this, I’m more inspired to address it with my family’ or ‘Because of your article, I came out to my family and friends.’ Up to this day, I would still get DMs about it,” he said.

Gutierrez also recalled the time when he was not yet open about his sexuality, including the “taunts” he received from “bullies” back when he was still new to show biz. He admitted that those encounters left him scared to go to dressing rooms and hallways in GMA Network.

“I would walk down the hallway in GMA and people would be like, ‘Iyan ‘yung bakla ‘di ba (He is gay, isn’t he)?’ Things like that, I could definitely hear them and they know I could hear them but they would just taunt me in that way,” he narrated.

Gutierrez considers himself “lucky” to have come out when the public is now more “accepting” of those in the LGBTQ+ community.

“When I came out, all of my brand deals stood by my side and really supported me. But 10 years ago, 15 years ago, it would not have been the case. I think now we live in a time where it’s more accepted,” he said.

Gutierrez then looked back at the past, when he believes it would have been harder to come out.

“If you were gay on TV [back then], you would automatically have to be put on a wig or like you’d have to do slapstick comedy or like things like that. It was very difficult for people to come out because it wasn’t really accepted,” he pointed out.

Gutierrez also discussed the possibility of an LGBTQ+ personality coming out and eventually losing jobs.

“I think that’s why a lot of the actors that we know are still not coming out because I think today they still don’t have an easy time,” he said. “A lot of actors still haven’t done that and it’s so unfortunate because I know how that feels and I know how uncomfortable that feels when people keep speculating, people keep asking.”

Gutierrez also gave advice to those in show biz who are struggling to speak out about being part of the LGBTQ+ community.

“I think living your truth and living your best life would be more beneficial for you and I think your fans, people that really care, love you, and support you, would stand by you no matter what,” he said.

Gutierrez recently revealed that he is in a relationship, after meeting a special someone in Los Angeles. He did not give further details about his new beau, noting that he likes to keep their relationship private.  /ra