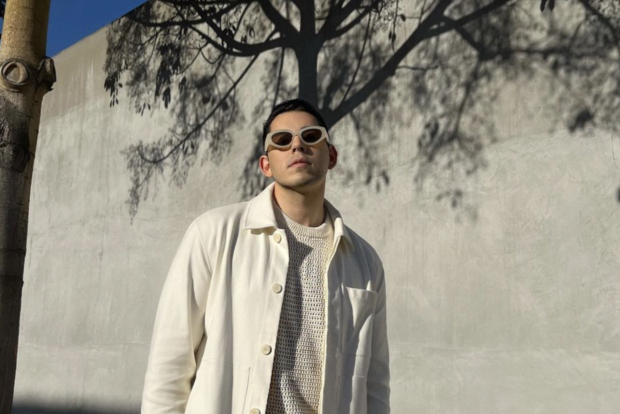 Raymond Gutierrez revealed that he has found a new love in Los Angeles as he opened up on embracing his life abroad and the dating difficulties he had while in the Philippines.

The TV host disclosed that he is now in a relationship when he guested on vlogger Wil Dasovich’s “Superhuman” podcast released on Spotify yesterday, June 1. During the interview, he recalled that he was single and alone in his home in Manila amid the COVID-19 pandemic when he decided to spend time in the United States.

Dasovich asked Gutierrez if, after moving to Los Angeles, he has finally found a “love interest.”

“I think the first few months it was kind of like, ‘let’s have fun, see where this goes,’ but in January, I did meet someone. We’re taking it a bit more seriously and yeah, we are in a relationship,” Gutierrez answered.

Dasovich was shocked to hear this from Gutierrez, as he was not expecting the latter to actually reveal his relationship status.

“Oh damn! You just dropped that like that. There you go. Boyfriend reveal, let’s go!” he cheered on Gutierrez.

“There’s nothing to hide. What is there to hide? If the pandemic taught us something, it’s to live your life now,” Gutierrez replied.

When asked by Dasovich if he has ever posted anything about his new beau, Gutierrez noted that he prefers to keep his relationship private. Gutierrez also teased Dasovich and actress-model Carla Humphries, who are being linked by fans after they visited Los Angeles’ Urban Light installation art together last April.

“I feel like the launch, or like the boyfriend reveal… Honestly, I feel like it’s because you’re both in the public eye so it’s okay, but he’s not,” Gutierrez said. “I respect that about him. I actually like that he doesn’t like the attention. He barely posts… I like that he’s private.”

Meanwhile, Gutierrez noted that living in the US has been making him “grow,” especially since he lives alone.

He also admitted that he had been single for a while before entering a new relationship and that dating in the Philippines was “tough” for him. He believes many things contributed to making him “confused” about dating life in the Philippines, including him not being open about his sexuality and growing up in a showbiz family.

The TV host came out as part of the LGBTQ+ community in August last year. At the time, he explained that he kept his sexuality to himself because he was scared of bringing “shame” to his family and he did not know how others would treat him after coming out.  /ra