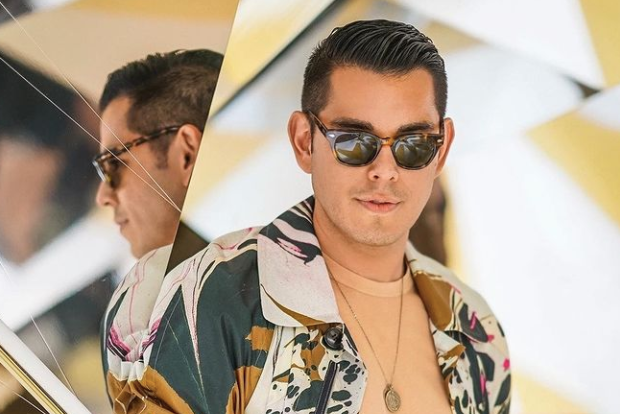 Raymond Gutierrez has revealed that he is a proud member of the LGBTQ community and opened up about his struggles with his sexuality.

“I’m here to formally say that I am a proud member of the LGBTQ community. And it feels great saying that publicly because I am,” the television host said in an exclusive interview with Mega Magazine published yesterday, Aug. 1.

Gutierrez admitted he used to think coming out was supposed to be a “grand reveal,” but his learnings amid the pandemic made him think about other people’s situations.

He said he wanted younger generations to not feel alone and let them know that he is also going through “the same things.”

Gutierrez added that he did not want to give the revelation simply for the sake of “coming out.” Instead, he wanted it to be an example for others who “take time in finding themselves and being happy with themselves.”

“For me, it’s — sexuality is just one aspect of who you are. It doesn’t define who you are,” he stressed.

Gutierrez then opened up about his struggles with his sexuality while growing up, especially when he joined show business at the age of 19. He admitted that he found it hard to acknowledge who he was and questioned why he had to explain his sexuality.

“Back then, being the new person on TV, I was bullied by a lot of the older people in the studios. Being gay now is not the same as being gay back then. [Ten] years ago, it was totally different,” he said.

Gutierrez recounted that he became “self-destructive” because people immediately cast judgment on him. He turned to alcohol and unhealthy habits, which led to depression and weight gain.

Being part of a family in the public eye, Gutierrez shared he also did not tell anybody about his sexuality. As time went on, however, Gutierrez realized that the best thing he can give to his family is simply being true to himself.

He added that he considers himself “lucky” that his family only wants what is best for him.

Gutierrez then emphasized that he never denied his sexual orientation via Instagram today, Aug. 2. He noted that his story was just not publicly out until now.

“I went through a long period of time hating myself because society taught me that being different wasn’t the right path, especially for someone growing up in the public eye,” he emphasized.

“So to those saying ‘we knew,’ you never knew my story and my struggles,” he added.

Gutierrez explained that he kept things to himself because he was scared of bringing “shame” to his family and he did not know how others would treat him after coming out.

Still, he encouraged those who are in the same situation as him to acknowledge their feelings and face their fears.

“It feels damn good to be on the other side,” he emphasized.