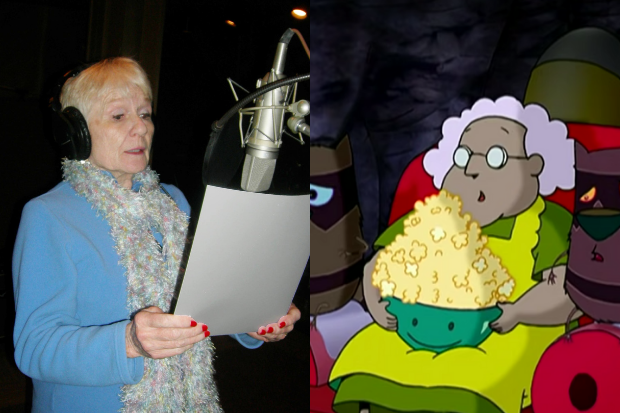 Thea White, the voice of Muriel Bagge from the Cartoon Network animated series “Courage the Cowardly Dog,” has died after battling liver cancer. She was 81 years old.

White passed away last Friday, July 31, while she was recovering from surgery at the Cleveland Clinic in Ohio, United States, his brother John Zitzner announced through his Facebook page today, Aug. 2.

Zitzner explained that White was diagnosed with liver cancer months ago and opted for surgical removal of her tumor on July 20. She had to undergo another exploratory surgery on July 28 after suffering from an infection after the removal.

“Soon, it became apparent that Thea would not make it so we decided to abide by her directive. Our friend Susan Bookshar arrived at about 11 a.m. so I wasn’t all alone,” he recalled. “I gave instructions to remove artificial life supports at 11 a.m. and she (White) died peacefully at 11:05 a.m. with [her nurse] Manar, Susan and the wonderful Dr. Leann at her side.”

Largely the internet activity regarding my sister, Thea Ruth White's death has been accurate, however there have been a…

White’s nephew, Brad Zitzner, meanwhile described her “legendary” and his family’s “greatest cheerleader,” while showing photos of the voice actress on his Facebook page yesterday, Aug. 1.

“I’ve never met a person who knew you who didn’t think you were the greatest person alive. That lasted even up through your stay in the hospital as I’m told the nurses and doctors also fell in love,” he said.

White was born as Thea Ruth Zitzner in New Jersey, United States on June 16, 1940. She graduated from the Royal Academy of Dramatic Art in London and at the American Theatre Wing in New York, as per The Hollywood Reporter today.

Prior to being a voice actor, White acted professionally on stage in her twenties and also worked as a librarian, according to her brother. She worked on all episodes of “Courage the Cowardly Dog,” which ran for four seasons, from 1999-2002.

White is survived by her brothers John and Stewart, sister-in-law Peg, and countless nieces, nephews, grand-nieces and grand-nephews. IB