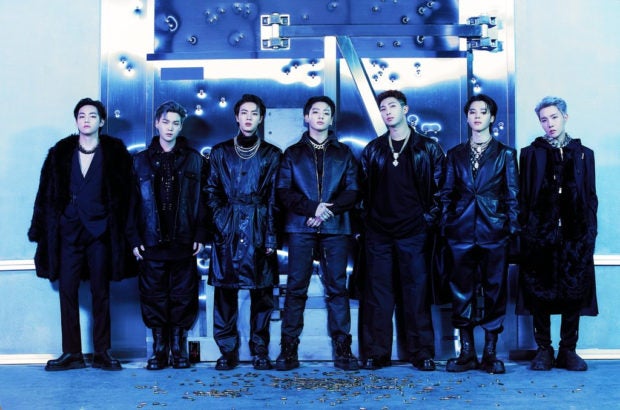 Celebrating its ninth anniversary, global K-pop phenomenon BTS will mark the milestone with fans around the world with a round of festivities both online and offline.

On Tuesday, BTS’ label Big Hit Music said the boy band is set to conduct the online live show “‘Proof’ Live” on June 13, during which the band will premiere the stage for its upcoming single “Yet to Come.” Kicking off the show at 9 p.m. via the act’s official YouTube channel “BangtanTV,” the band will showcase performances and connect with fans.

Ahead of their debut anniversary Monday, the K-pop megastar is set to make their long-anticipated return with the anthology album “Proof,” a three-CD package spanning the band’s nine-year career. The collection will consist of 48 tracks, which will include previously unveiled songs and three brand-new ones. The new songs are lead single “Yet to Come (The Most Beautiful Moment)” and two side-tracks “Run BTS” and “For Youth.”

The band is also set to return to TV music shows for the first time in almost two years. While most K-pop idol groups opt to unveil their new songs through the local music shows, BTS has been absent from them in recent years due to overseas promotions.

Marking the special occasion, BTS has invited around 4,000 local fans to the “M Countdown” recording session set to take place on Monday at the Jangchung Municipal Stadium in central Seoul. The “M Countdown” episode recorded that day will air via the Mnet channel on Thursday. BTS is also set to showcase the new song on KBS 2TV’s “Music Bank” on Friday and SBS’ “Inkigayo” Saturday.

The forthcoming album will be BTS’ first new release of 2022. The band’s most recent song release was last September with “My Universe,” the collaborative single with British band Coldplay, while its latest album, LP “Be,” was released almost 19 months ago in 2020.

“As BTS celebrates its ninth anniversary this year and turns the page to a new chapter to their 10th year, ‘Proof’ has been planned and produced to look back on its past endeavors,” Big Hit Music said earlier in a statement about the album.

Since its debut on June 13, 2013, BTS has forged a path that no other K-pop artist has ever walked, topping global music charts and being nominated to numerous prestigious music awards including the Grammy Awards. On May 31, the band was the first Korean musician to be invited to the White House. The group gave a speech in front of the press and held a closed-door meeting with US President Joe Biden to discuss the issue of fighting anti-Asian hate crimes and discrimination. AP