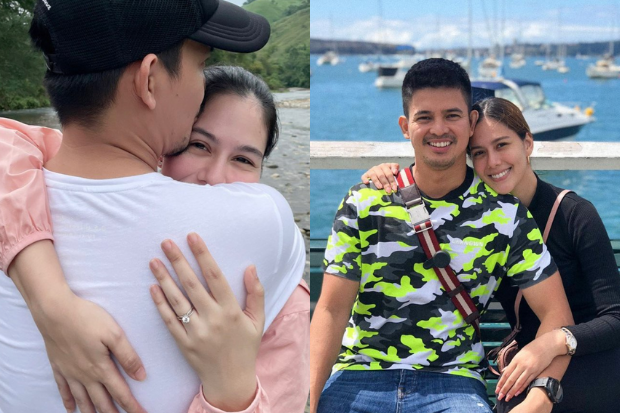 Jason Abalos and his beauty queen girlfriend Vickie Rushton are set to tie the knot as they revealed that they have been engaged since last year.

The Mutya ng Pilipinas International 2011 titleholder revealed this by showing herself and Abalos in an embrace while wearing her engagement ring, as seen on her Instagram page today, June 2.

“So, Baba and I have been keeping a little secret…,” she said, along with the Bible verse, “When the time is right I, the Lord, will make it happen.”

For his part, Abalos showed a similar photo of themselves in a hug as he looked back at the day he proposed and expressed gratefulness to God, via his Instagram page also today.

“Habambuhay ko [pasasalamatan] ang Panginoon sa buhay mo Baba. Patugtugin na ang kampana! 9/1/21 she said ‘syempre,'” he recalled. (I will forever be thankful to the Lord for being part of your life Baba. Let the church bells ring! 9/1/21 she said “of course.”)

The couple first met in 2010, during a “Kapamilya Karavan” event in Bacolod. They have since supported each other in their respective endeavors, with Abalos cheering on Rushton when she competed and won first runner-up in Binibining Pilipinas 2018.

Abalos also confessed in a March 2019 interview that he already wanted to tie the knot and start a family, though Rushton was not ready for it at the time.  /ra