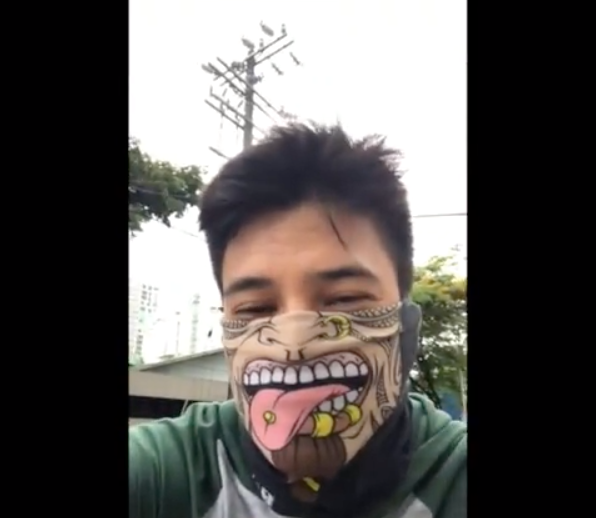 Jason Abalos went undercover to support his girlfriend Vickie Rushton in the Parade of Beauties for the Binibining Pilipinas 2019 pageant.

Abalos wore a face mask while waiting for Rushton at the Araneta Center in Cubao, Quezon City, as per his Instagram post last night, May 25.

As Rushton’s vehicle passed by Abalos, he called his girlfriend’s attention while waving to the camera.

Rushton will represent the province of Negros Occidental in the beauty pageant. She was first runner up at Binibining Pilipinas 2018 and the winner of Mutya ng Pilipinas International crown in 2011.

She was also a former housemate at “Pinoy Big Brother: All In”. JB

How Jason Abalos prepared to portray a transgender