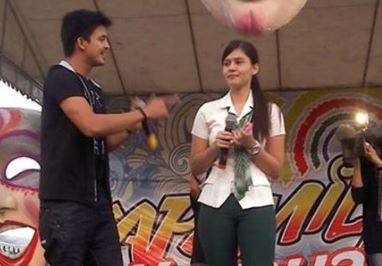 Actor Jason Abalos and beauty queen girlfriend Vickie Rushton were both in a reminiscing mood when they marked their “friendversary” recently on social media. Their relationship has stayed strong through the years, but before they became a couple, it appears that the two first met during a Kapamilya Karavan in Bacolod.

Abalos took to his Instagram yesterday, Oct. 17, and shared a throwback photo of him and Rushton taken eight years ago. In the picture, Abalos can be seen on stage during the “karavan” with Rushton, who was wearing her University of St. La Salle uniform.

Sweet his story may be, Rushton took to Abalos’ comments section to call him out on his narration of the events, saying that it was he who felt “kilig” over her.

She further urged Abalos to tell people the truth: that it was he who saw her from afar. 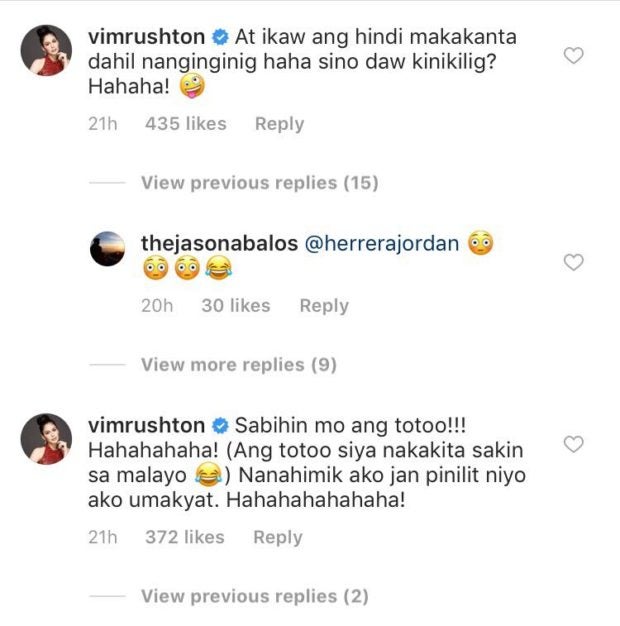 Joking aside, however, Rushton took to her own Instagram account to mark the anniversary of their first meeting. Rushton shared a loving picture of her and Abalos walking down the White Cliffs of Dover in England where they vacationed last September.

“8 years ago today I met this amazing man,” wrote Rushton. “Little did I know he would change my life forever. Happy friendiversary!”

The two have come a long way since they first met back in 2010, and they continue to support each other in all their endeavors. In May, Abalos was the ever-supportive boyfriend when he cheered for Rushton from the railings during the grand coronation night of Binibining Pilipinas 2018. Rushton eventually went on to win 1st runner-up in the prestigious pageant.