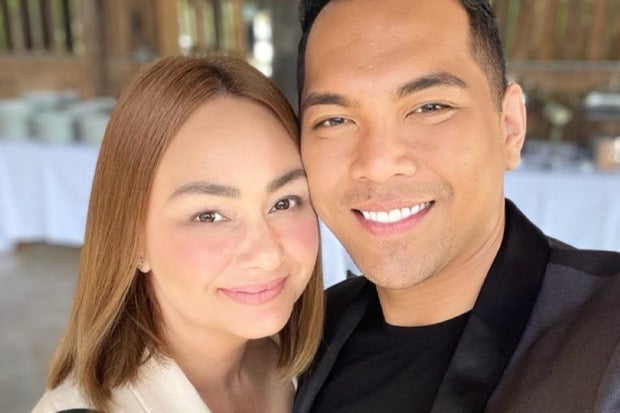 Donita Rose is set to tie the knot with her non-showbiz boyfriend, musician Felson Palad.

The actress announced their engagement via her Instagram page today, May 30. She showed herself and Palad next to each other while she also wore her engagement ring.

The couple received congratulatory messages from Rose’s fellow celebrities including Ruffa Gutierrez, Jaya and Vina Morales, who seem to have known about the engagement even before the announcement.

“You finally told the world!! Congratulations, girl!! You beat us all to it!!” Gutierrez said.

“Yes!!! So happy for you guys and thank you for letting us know agad agad (right away),” Jaya commented. “That was such an honor for Gary [and] I. God bless your new journey.”

“‘Yun oh (That’s it). We kept our mouth shut,” Morales stated. “[Congratulations] again. We are happy for both of you.”

Palad is Rose’s first public relationship since her split with her ex-husband Eric Villarama in 2016. In an interview with Philippine Daily Inquirer earlier this month, Rose admitted that she initially felt uncomfortable with her and Palad’s 10-year age gap but she was eventually moved by his sincerity.

Rose left the country in 2020 to go to the United States where she now works as a chef in California. JB