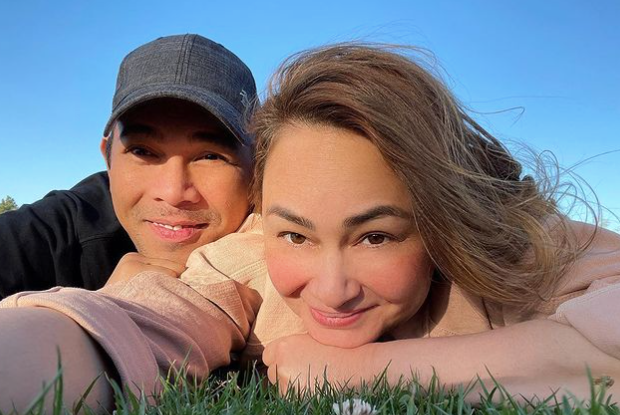 Donita Rose has revealed that she is now dating musician Felson Palad, her first public relationship since her split with her ex-husband.

The former MTV VJ and TV host introduced Palad to fans by showing themselves lying next to each other on grass, as seen on her Instagram page last Wednesday, April 6.

“The grass seems greener these days, or is it just me?” she said.

Rose also showed Palad making a goofy face while she stands behind him, on her Instagram page, also last Wednesday. She noted that Palad posted the same photos on his Instagram page after she introduced him to the public.

“After my last post yesterday, this guy called to say he posted these photos. When I saw them, I laughed so hard and asked, ‘Why this as an introduction photo?’ His response: ‘Para habang tumatagal pumopogi ako (So that as time goes by, I become more handsome),'” she narrated. “I almost died laughing. That’s @felsonpalad for you [people].”

Rose’s fellow celebrities Ruffa Gutierrez, Kim Atienza, Gelli de Belen and Janno Gibbs were among those who expressed happiness for the couple. 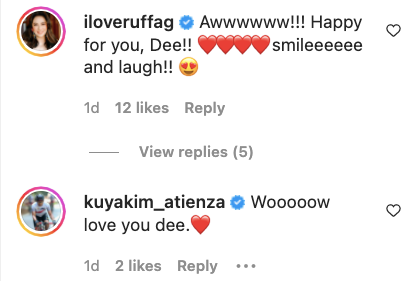 It can be recalled that back in 2020, Rose flew to the United States to “wisely start a new life in America.” At the time, Gutierrez expressed hope that her friend would find her “Prince Charming” abroad.

Rose was born in the US and was previously based there when she and her former husband, Eric Villarama, were still together. Since their separation, Rose has been raising her son JP as a single parent.  /ra