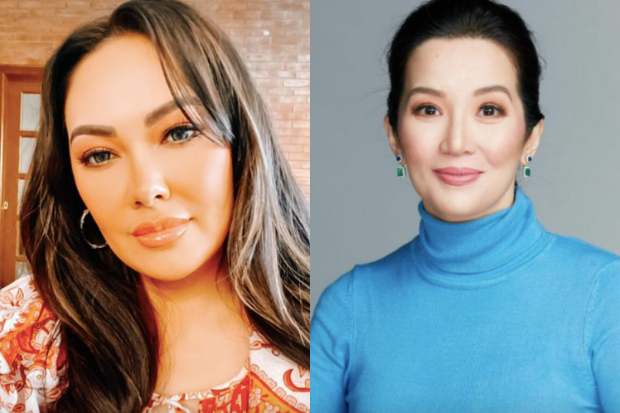 Did Ruffa Gutierrez throw shade at fellow actress Kris Aquino? Fans are speculating this as Gutierrez told fans to be “kind to everyone, including your ex” after Aquino’s remark about not voting for her former flame.

Gutierrez, who is rumored to be in a relationship with Aquino’s ex-boyfriend Herbert Bautista, left this cryptic message on her Instagram page today, March 24. She also showed a throwback video of herself on a vacation at the beach.

“Good morning beautiful people! Be kind to everyone, including your ex,” Gutierrez said.

Prior to this, Aquino told the public not to vote for her ex in the Uniteam slate because he “does not know how to keep his promises.” This she said while sharing the stage with actress Angel Locsin during the Tarlac campaign rally of presidential candidate Vice President Leni Robredo and her running mate Sen. Francis “Kiko” Pangilinan.

While the Queen of All Media did not state who she was referring to, it can be noted that her ex-boyfriend, former Quezon City mayor Bautista, is running for senator under Uniteam.

Shortly after Gutierrez released the “be kind to everyone” post, several netizens flocked to her Instagram page, speculating that the remark was her response to Aquino’s earlier comment.

Gutierrez and Bautista are yet to confirm or deny whether they are indeed in a relationship, but the actress described Bautista as “no. 1 sa puso ko” (no. 1 in my heart)” last March 16.

Gutierrez also earlier revealed that she was in a “platonic relationship” with a special someone. She did not name a specific individual, though she hinted that he’s running for a government post.  /ra