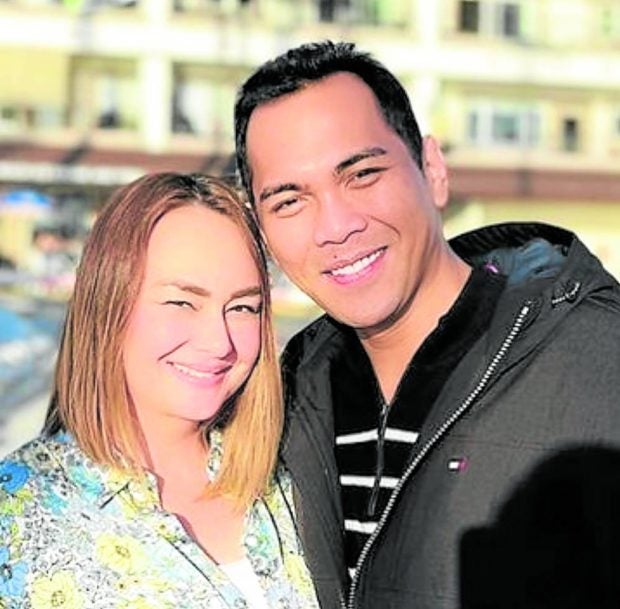 I have fond memories of interviewing Donita Rose in Singapore during her MTV VJ days. She was at the peak of her show biz career back then. Now, she has ventured into another path as a chef (for Island Pacific) in California.

As Donita savors the next chapter in her professional life, she also welcomes the new beginning in her love life. After separating from her husband Eric Villarama in 2016, she has found love again with musical artist, Felson Palad.

Their Instagram posts are such good vibes and kilig providers—they’re wacky and mushy in equal parts. Just as their surnames connote, Felson is definitely feeling ma-Palad, and everything is coming up “Roses” for Donita on their journey to “forever.”

Here’s my chat with Donita:

What made you fall for Felson?

I met Felson at an Artist in Touch Christian event. He noticed that I was so hungry, so he kept passing me food. Then, he got my number from our friend and started messaging me. He said he had been praying for me and wanted to ask me out on a date. I said I was busy at work. But he insisted that I needed to unwind.

The second time we met was to watch Rufa Mae Quinto’s concert. Felson offered to pick me up (and me not knowing that he lives 2.5 hours away). I wasn’t thinking of anything romantic other than that he was a brother-in-Christ, and that I was like an ate to him, since I’m 10 years older.

He shared his testimony, and I was blown away by how honest he was. By the end of the evening, I was already super comfortable with him, knowing that we shared the same beliefs.

Before we parted he asked me out again, but I told him that I wasn’t comfortable with the age difference and that I just wanted to be friends first. We started talking on the phone every day.

When we met up again, we were like giddy teenagers who didn’t know how to act in front of each other. We were blushing and laughing at how silly we looked. He asked if he could hold my hand. Then, he said very seriously that he was in love with me and wanted to marry me.

That was only our first date, but instead of scaring me away, it brought me so much comfort to know that he was clarifying his intentions from the very start. I was a little scared, but in hindsight, I would not have given him the time of day if he hadn’t because I would have assumed that, at his age, he was still playing around.

The last thing I wanted for myself was to get into a relationship that wasn’t geared for marriage. I was afraid to fall in love again, but this gesture eased my fears. I’m excited for what is to come.

What love lesson from your past will you apply to your relationship now?

In my first marriage, I kept a lot of record of wrongs in my heart that built up—and it was affecting our marriage. I didn’t realize back then how detrimental it was to give your partner the silent treatment. I was being prideful and passive-aggressive, which was equally hurtful as being verbally abusive.

I know now that pride can cause your partner to feel rejection, lacking the love and respect they need to keep the romance alive. I’ll make sure that this time around, I will do my best to practice true love the way the Bible commands us to and to keep the lines of communication open.

What’s your advice to women like you who are afraid to fall in love again after separating from their husbands?

The tendency is to want to jump into another relationship after being broken-hearted to fill the void, but it is vital that you face all of your hurts, replacing them with the Word of God and asking for healing within before you move forward. We need to cut those ties to get rid of all the baggage of our past first, because we don’t want to bring that into the next relationship.

How does your son JP feel about your relationship with Felson?

They have only met via FaceTime, but JP will be with me during his summer break, and I hope they’ll have the opportunity to really bond. I’m not putting any pressure on them because it wouldn’t be fair. I believe that developing a relationship should happen organically.

When I first told JP about Felson, he said, “Well, it’s about time, Mom!” I asked him if he could pray for me and, at the end of the prayer, he said, “Lord, I’m so proud of my Mom. She is growing up so fast, right before my very eyes. Please bless her relationship with Felson.” I was crying and laughing at the same time, because he sounded like the parent in the prayer. 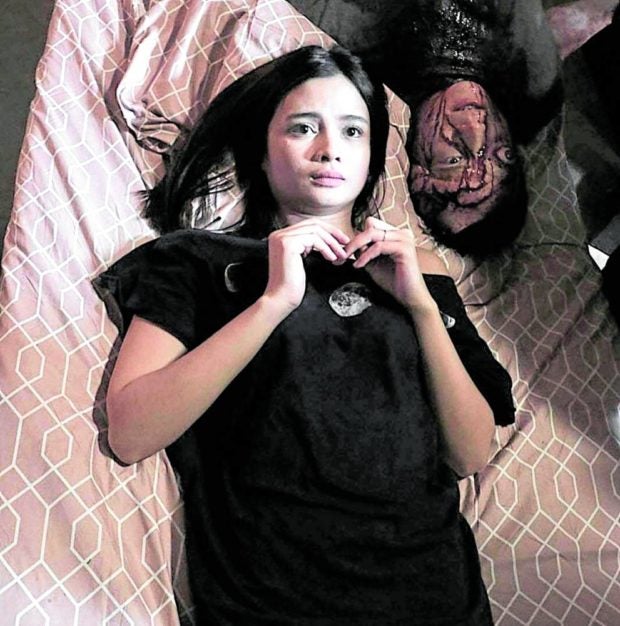 The mantra “Yolo” takes on a deeper meaning in the millennial-horror film, “Rooftop.”

You only live once, so think twice—that’s what the flick imparts. It was part of the Asian Horror Festival in SM Cinemas and will be streaming soon on Vivamax.

RE: Just like in our movie, I have broken some rules in order to live it up. The lessons I learned from those reckless episodes of my life made it worthwhile.

E: In our rooftop scenes, we all had a harness—buwis-buhay talaga. Even the path leading to the rooftop in the abandoned house was quite dangerous.

R: Since I was young, I already knew I have a third eye. In our eerie location, I could really feel the presence of weird spirits.

RE: Since Direk Yam’s forte is horror, he pushed all the right buttons in us. Just like doing comedy, horror requires right timing.

E: My takeaway from our movie is when you do something wrong, it will haunt you no matter how hard you try to cover it up. Karma never fails.

RE: Our movie will make you ponder on what you’re willing to do for friendship. Should it be “one for all, all for one,” even when your friend has done something wrong?