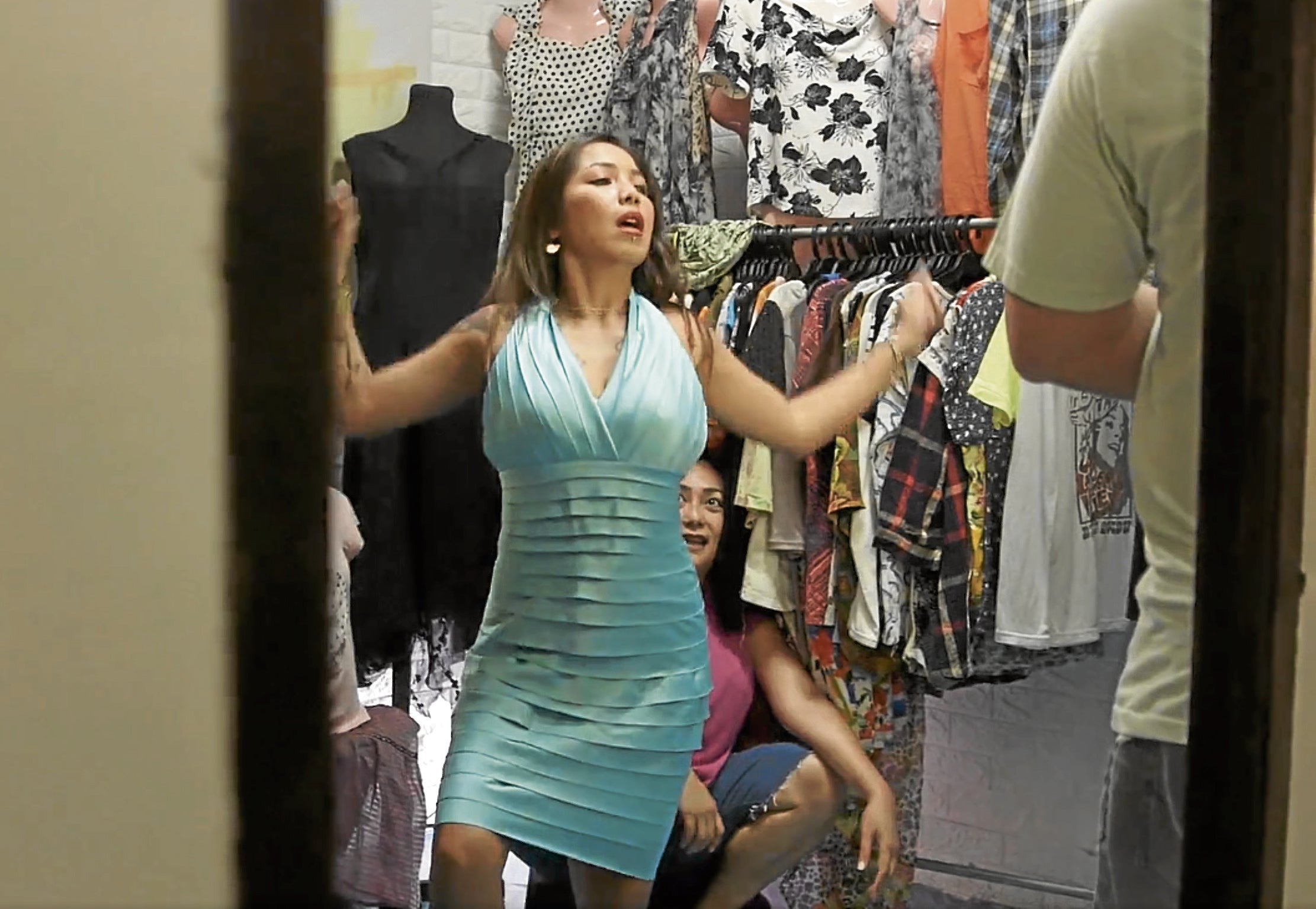 I realized that I didn’t know a lot of swear words before doing this project,” said the mild-mannered Dawn Chang when asked what she discovered about herself after portraying Madam Inutz, the social media influencer known for her boisterous and vulgar online personality, in a two-part Mother’s Day special on “Maalaala Mo Kaya.”

“Who doesn’t say bad words in real life? With Madam Inutz, it’s not intentional. I find it hard to do because I’m conscious of what I’m doing. I remember doing one scene that’s 90 percent pagmumura. I don’t know how MMK would present that one. I realized that I only know very few bad words. What I did was I asked the cameramen for suggestions. It’s funny because some of them told me to mention their names, to curse at them on-cam, so they can tell their families about it when they watch the episode,” Dawn told reporters in a recent media conference.

For Dawn, portraying a known social media personality is more challenging than if the character is not from show biz. She explained: “You can still add your own flavor to the portrayal if the character isn’t a public figure. For this, I really needed to be her. As the story suggested, I had to be able to show how good a person Daisy is, how different she is from the Madam Inutz we know. Daisy didn’t really want to keep cursing online. It just so happened that people liked it when she did it. She’s very smart. She turned this into a livelihood. She’s the only one who can do this—earn money out of cursing people,” Dawn explained.

“I had to copy her facial expressions. I had to make sure that the audience sees the confidence in me, because that’s what Madam Inutz has. In the three days that I became Daisy, I felt liberated. It really felt good not to worry about what other people will say about me, about doing what I want as long as I don’t hurt others,” she pointed out.

Dawn said that in order to effectively play Madam Inutz, she had to “internalize.” She explained: “I had to dig deep inside me and recall these sad experiences in my life so that I can appear strong and fearless like Madam Inutz. Since she’s a celebrity, I can’t just look like her, I had to be her. Yes, it’s still my voice and face, but I had to learn her accent and pronunciation, as well as think like her.”

Dawn also had to learn how to accurately show Madam Inutz’s iconic grin and deliver her famous expression: “Oh jivaaah?!”

“It was good that I got the script ahead and I had a couple of days to just watch all the videos I could find of her. I also tried to learn how to speak in a throaty voice. I would fall asleep at 3 a.m. with her talking in my earphones,” Dawn said, adding that she also sat down with director Raz dela Torre to discuss his vision for the episode.

“I told Direk Raz, ‘If you’re not happy with my performance, let me know, reprimand me even! Just do whatever you think you must in order for me to deliver the performance that you want from me.’ That’s how dedicated I was to this project. I told everyone that ‘I’m here to give the audience a wonderful show.’” 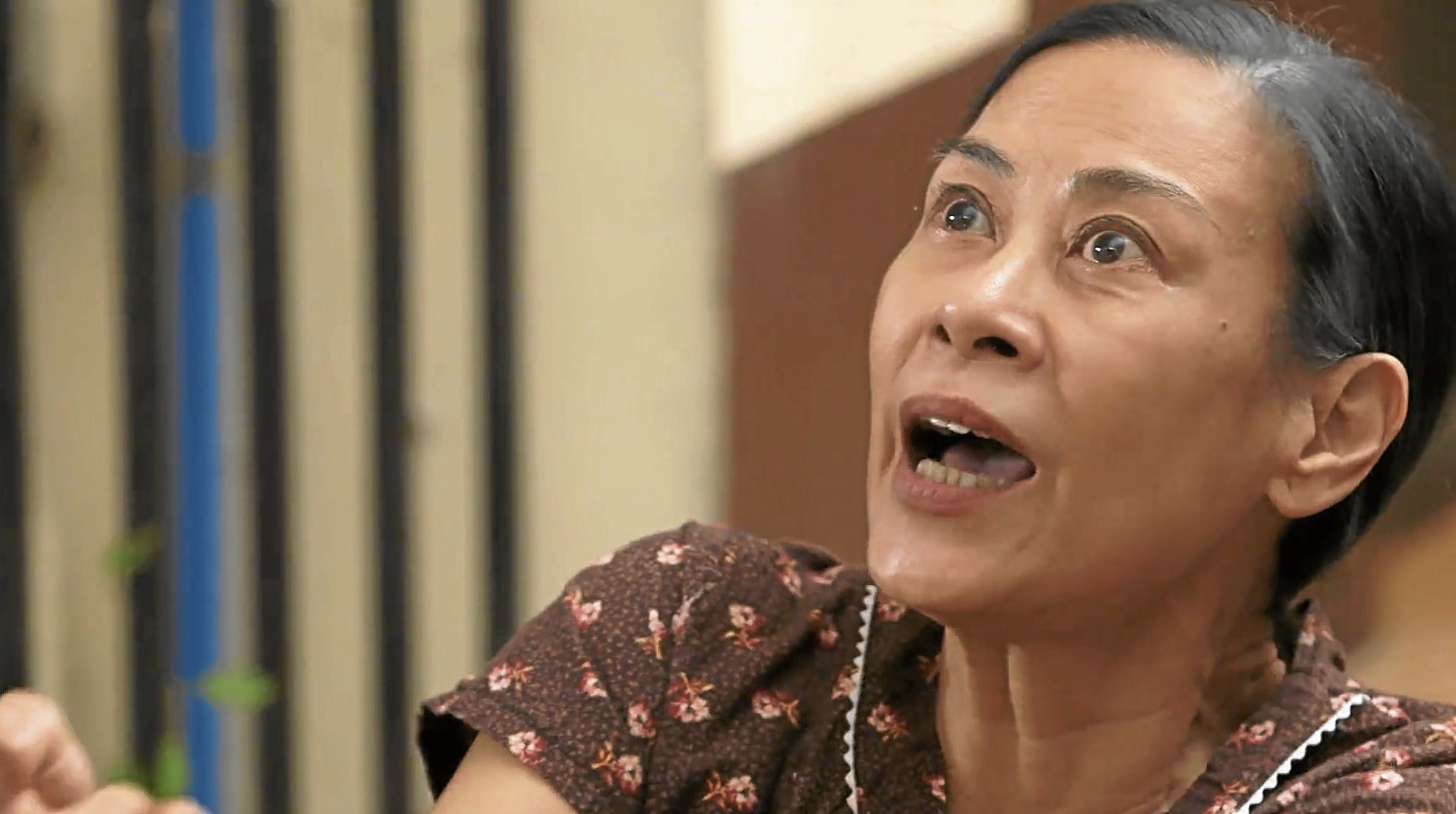 Meanwhile, Madam Inutz said she was asked if she was interested in portraying herself in the program, an offer that she quickly declined. “I’m not really an actor. I was afraid that I’d just keep crying on the set and not be able to do what was required of me. While my life is full of drama, I just often choose to be happy. I’m actually a comedian. That’s why I told them that if they could find someone else to do it, it would be fine by me,” she explained.

“I never dreamed of all the things that are happening in my life right now. My story being featured in MMK is totally unexpected, but I’m super grateful. I felt like crying after seeing the trailer. I had flashbacks while watching it.”

She further said: “I actually didn’t want to share my story in the beginning, because doing so would require me to recall all those sad experiences. But then, I realized that I now have the chance to inspire others. I want them to learn from the story of Madam Inutz. I know a lot of them will be able to relate to it, especially the single mothers out there who thought of nothing but to fight for their children and give them a better future.”

Dawn said playing Madam Inutz has changed her perception of the popular social media personality. “I used to just see her videos in passing. I noticed that she would curse a lot and that she’s often drunk while streaming. When I became her, I said, ‘Oh that’s why.’ I’ve picked up a lot of life lessons from her story,” the actress stressed.

This particular MMK episode also shines the spotlight on Madam Inutz’s mother Criselda (Susan Africa). “I also took the lessons that Daisy’s mother taught her. You will see that Daisy has a good heart because Nanay Criselda raised her well. How she became Madam Inutz was the result of her drive to succeed in life,” said Dawn. “Growing up, I didn’t have a support system that’s as solid as Daisy’s. It would have been awesome if Nanay Criselda was my grandmother and Daisy was my mother.”

The two-part special, which also features Gino Roque and Pamu Pamorada, will air on the Kapamilya Channel on May 7 and 14.