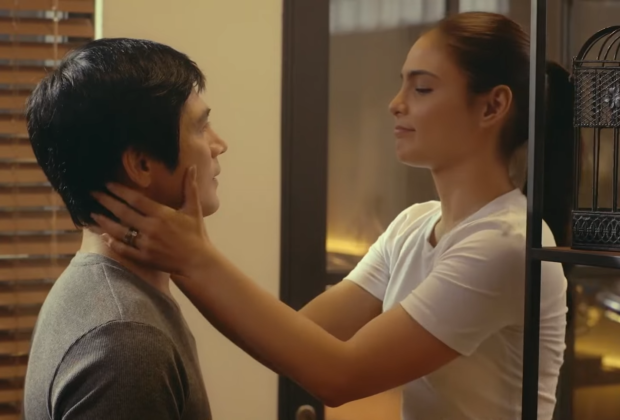 Piolo Pascual and Lovi Poe in the trailer of “Flower of Evil” (Image: screengrab from YouTube/ABS-CBN Entertainment)

Piolo Pascual and Lovi Poe will soon be seen in the Philippine adaptation of the South Korean thriller “Flower of Evil,” as the local series’ trailer has been released.

Pascual and Poe were finally introduced as the series’ lead characters Jacob and Iris in the trailer watch party video on ABS-CBN Entertainment’s YouTube channel today, June 1. The show’s cast and crew can also be seen reacting to the trailer.

Similar to the original series, the local adaptation follows the story of Jacob (Pascual) who changes his identity to hide his cruel past. He then carries this disguise even after marrying Iris (Poe), who is a detective.

His attempt to hide his past life from Iris is threatened when she takes on a murder case that could reveal his secrets.

“Flower of Evil” is Poe’s first series as a Kapamilya artist. It was first announced during her transfer in September last year.

The series is set to premiere on the streaming service Viu on June 23. Viewers can see it on the Kapamilya Channel, Kapamilya Online Live and A2Z on June 25.  /ra