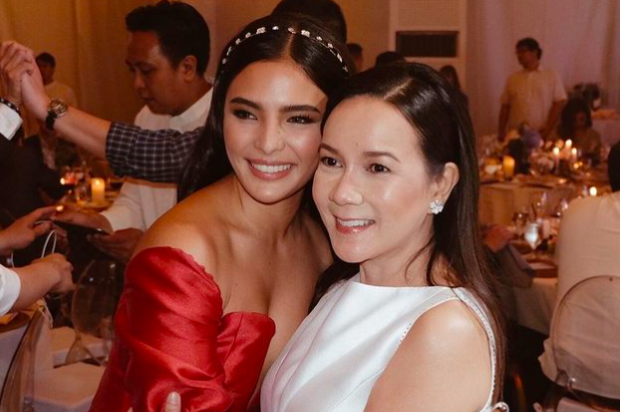 Lovi Poe turned emotional after Sen. Grace Poe told her she believes their father Fernando Poe Jr. would have been proud of her as she has transferred to ABS-CBN.

The actress-singer received a warm welcome into ABS-CBN at the noontime variety program “ASAP Natin ‘To” yesterday, Sept. 19. The senator, who is Lovi’s half-sibling through Da King, congratulated her for the transfer through a pre-recorded message on the show.

“Congratulations, dear Lovi. I’m sure Papa’s very proud of you,” Grace told her sister. “In my heart, you’re always pamilya (family). Continue to make us proud.”

“My special wish is that you actually make an action film. Kayang-kaya mo yan kasi disiplinado ka, very fit at alam ko magaling ka rin sumuntok,” she added, given their father’s legacy in action films. (You can do it because you’re disciplined, very fit and I know you can throw a good punch.)

Meanwhile, Lovi can be seen wiping tears from her face as she listened to Grace’s message for her. Former Kapuso artists Iza Calzado, Janine Gutierrez, Sunshine Dizon and Ogie Alcasid were also among those who greeted her.

Lovi officially joined the Kapamilya network through a contract signing last Thursday, Sept. 16. She is set to star opposite actor Piolo Pascual in the Philippine adaptation of the Korean drama “Flower of Evil.”

She will also be appearing in the Idris Elba-produced Hollywood film “The Chelsea Cowboy,” where she will play the British blues singer Dana Gillespie. The film will begin shooting in October.