How do I define awesome? It is Casie Banks | Inquirer Entertainment
Close
menu
search

How do I define awesome? It is Casie Banks 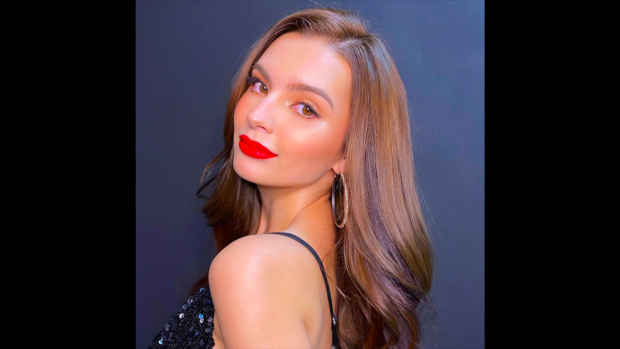 There are certain talents that are one in a million. Then, there are certain talents that come along once in a lifetime. Then, there is that very special kind of talent that belongs to both rare categories in the classification of actors. For me, Casie Banks is such a talent. The young actress who came from the world of pageantry has successfully fully transitioned into the world of entertainment, acting and showbiz and has begun to unlock her potential.

Nowadays, it has become increasingly uncommon to stand out if you are an actor or artist in a sea of so many beautiful, handsome and good-looking faces. Sometimes it does feel like you are staring at a corn field wherein everything seems the same. Physical attributes are naturally important because we live in the real world. Being that the entertainment industry is an extension of it, it is in this field that such qualities must be outstanding for obvious reasons. Still and yet, only a few who embody those defining qualities would sometimes stand out and once you see them, you know, you just know that they belong to that special breed. Casie Banks is one of those special actors.

Now, after the record-breaking success of “Mano Po Legacy: The Family Fortune” where Casie Banks portrayed the role of the memorable “Jade Lee,” and where she proved that she is the real deal, everyone can see her again in the newest episode of “Regal Studio Presents” entitled: “I Love You More And More” which will be shown today, Sunday, 4:35 p.m. at GMA Network. The awesome Casie Banks will be the lead star here and she is co-starring with Carlo San Juan. This episode is directed by Crisanto B. Aquino, the director of several past great episodes in “Regal Studio Presents” and the miniseries “Raya Sirena.”

Be sure to watch it and discover why Casie Banks is one of the most beautiful, in-demand and must-see young actresses now on television and in the movies. Below is my short exclusive interview with Casie Banks and Carlo San Juan.

The poster for this episode of RSP reminds me a lot of several romantic movies in recent memory. With that said, do you have a favorite romantic or romantic comedy that, to this day, you still watch from time to time or one which you still fondly remember? Did that movie in any way inspire you while doing this episode?

Casie Banks: I have two movies in mind. But your question, did those two movies really inspire me? Actually, it is only now that I have seen that perspective such as this, based on your question. Very interesting. But I have two movies, the first, “Pretty Woman,” and the second one, “Mr. And Mrs. Smith” when it comes to more action. Actually, I just watched “Mr. And Mrs. Smith” last week before the exam because I missed seeing the Brad Pitt and Angelina Jolie pairing. But that movie is nice. And “Pretty Woman” for me is a classic.

Carlo San Juan: The first thing that entered my mind was ‘The Notebook” because it was the story of a poor man who came from a rural area. And this is the dream role for me that I get to act in a romantic or romantic comedy like what we have done here in “I Love You And More And More.” This kind of role is what I have been praying for that hopefully, I would experience doing a role like this because I really enjoy this kind of role. And I really see myself in such a role like this one which I do love. Proof of that, even romantic movies have become my favorite to watch because sometimes the interpretation can be different for a guy who loves to watch romantic movies. And when others find out you enjoy watching romantic movies, they may think differently of you. For me, it is alright with me. Yes, I am super happy I got to do this episode of RSP. Going back to your question, the first romantic movie that entered my mind was “The Notebook” because it is my favorite.

Pretend we belong to the animal kingdom. What animal will you be? Why is that your choice?

Casie Banks: Well, my answer is, if you had asked me this way back… I would always say, a dog because I belong in the year of the dog. Loyal and I am really warm and loving. But as I mature and go through different challenges in my life now, I can say I am more of a tiger now. Well, because a tiger represents strength, courage, fearlessness and the quality of being ambitious. I am an overachiever. I really like to do a lot of things. And when I set my goals I would not let any fear hold me down so that I can achieve them. I think that is why I am very aggressive in chasing my dreams. I know where to go. I am a very mission-oriented person. So, yes, it has to be the tiger for me. That is me.

Carlo San Juan: For me, it is the eagle. Because an eagle is super free and when you say eagle, there is always that understanding of it being a dominating type of bird. And he likes to roam; he can fly to far places and he can go to many places. It is because that is how I am as a person. I want to go to different places. I want to explore.

If you could be in the body of an international celebrity for one week, what would you be doing to enjoy to the max and to the fullest, being that celebrity? And here’s the fun part, that celebrity would not even know what you did, being him or her.

Carlo San Juan: For me, it is Leonardo DiCaprio because he is a great actor. Especially in ‘The Wolf Of Wall Street’. And what would I want to do in his body for a week? Maybe, I would look at his past, and learn how he was able to accomplish his dreams and overcome the challenges that he experienced early on in his career.