LANY returning to Manila for concert in November 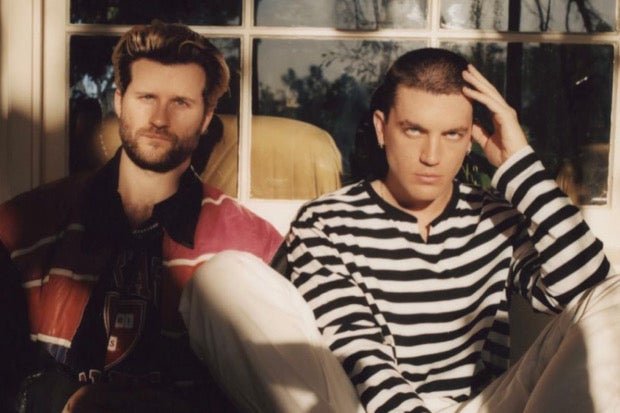 LANY will be serenading its Filipino fans once more as the American indie band is set to return to the Philippines in November for its upcoming Asia tour.

LANY announced the countries that will be part of the tour, which include Taiwan, Thailand, Malaysia, Singapore and Indonesia, as per its Instagram page today, May 25.

Paul Klein, the band’s vocalist, made Filipino fans gush even more by leaving a comment on the said post saying, “Mahal kita sobra (I love you so much).” No further details on concert dates and venues were given as of this writing.

LANY last came to the country in 2019 for its “Malibu Nights” world tour. Its members now include Klein and Jake Goss, after its former guitarist Les Priest left the band last April to “focus on his life as writer and producer.” The band is known for its hit songs “ILYSB,” “Malibu Nights,” “I Don’t Wanna Love You Anymore” and “Thru These Tears.”  /ra

Read Next
Key moments in the Johnny Depp and Amber Heard defamation trial
EDITORS' PICK
Geek out at TOYCON 2022 powered by Smart Signature
House energy committee chair Arroyo bats for cheap electricity
UK’s Boris Johnson will resign, BBC reports
High inflation: Your P1 is now worth only 87 centavos
Unemployment rate up to 6% in May
High-risk pregnancy: Reducing your risk is in your hands
MOST READ
Suspect in grisly killing of missing woman in Bulacan arrested
Kim Atienza’s daughter flaunts bikini body in response to critics of her ‘revealing photos’
Japanese artist who created ‘Yu-Gi-Oh!’ found dead in the sea
FDA probes popular Filipino noodle brand for ‘high level of ethylene oxide’
Don't miss out on the latest news and information.