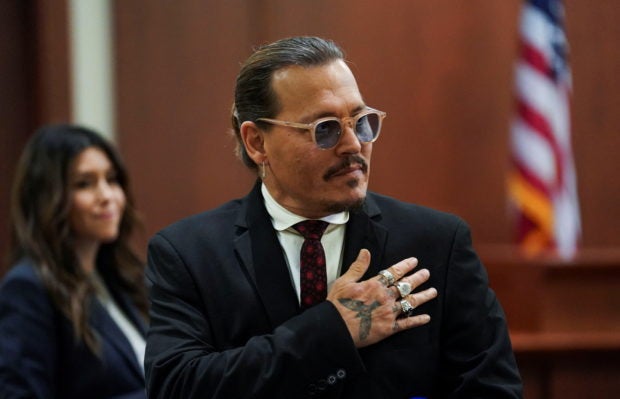 Actor Johnny Depp puts his hand to his heart, acknowledging supporters, during a break in his defamation trial against his ex-wife Amber Heard at the Fairfax County Circuit Courthouse in Fairfax, Virginia, USA, May 18, 2022. Image: Reuters/Kevin Lamarque

Actors Johnny Depp and Amber Heard are suing each other for defamation, each claiming they were abused before and during their roughly two-year marriage. Heard’s team rested the defense case on Tuesday. Closing arguments are scheduled for Friday.

Below are key moments in the trial so far: