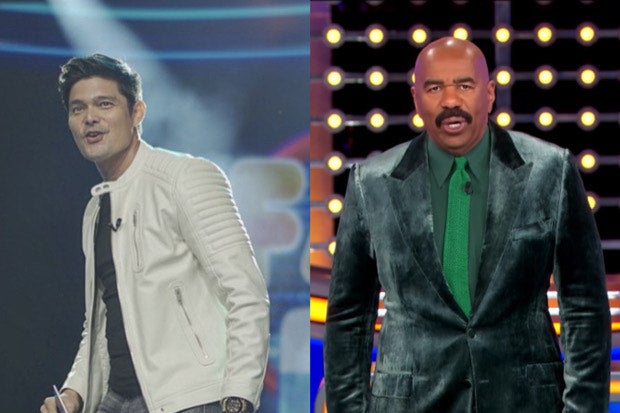 The “Family Feud” Philippines host showed Harvey’s video greeting through Dantes’ Instagram page yesterday, May 23. Harvey was seen giving his message while on the set of the said game show in the United States where he serves as host.

“Mabuhay Philippines! This is Steve Harvey. I want to congratulate Family Feud Philippines on GMA Network,” Harvey said in the video. “Family Feud is now the most watched game show in the entire Philippines. You guys are unbelievable. Keep it up, Kapuso!”

Dantes then expressed joy over Harvey’s acknowledgment, describing it as somehow similar to a Christmas greeting from Santa Claus.

He then admitted that he initially felt pressured to be at par with the other successful international franchises, noting that the greeting served as an encouragement for him.

“When we started the show in the Philippines for this season’s run, we knew we had big shoes to fill because of the show’s global success,” he added. “That’s why I am just so grateful, energized and inspired to receive something like this from a person whose hosting skills I idolize.”

Dantes first hosted “Family Feud” in 2010 when he replaced actor Richard Gomez. In an interview with Philippine Daily Inquirer, Dantes disclosed that he feels “at home” doing the game show as it serves as a breather from his heavy acting projects.  /ra