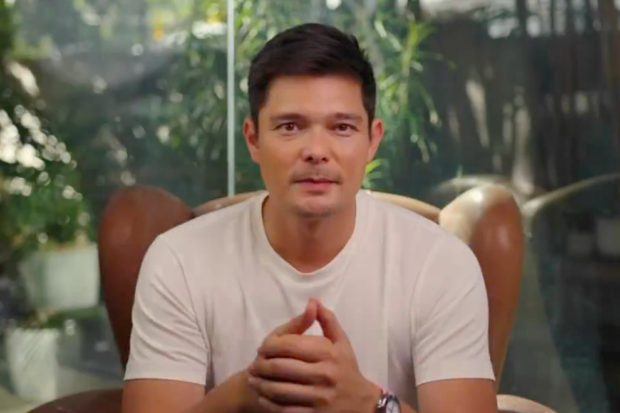 Dingdong Dantes paid tribute to mothers and saluted their ability to give “radical” love ahead of Mother’s Day this coming Sunday.

The actor’s greeting to moms included appearances of wife, actress Marian Rivera, kids Zia and Ziggy, as well as his mother Angeline, as seen on his Twitter page yesterday, May 5. Dantes noted the lovable qualities of a mother, ones that he witnessed with Rivera and their children.

(Mothers are indeed so brave. They are ready to fight, take risks, set aside their personal interests. They do not back out of any challenge. They give an extraordinary kind of love, radical.)

Dantes then called mothers “miracle workers” for the many things they are able to do.

(Short if budget, she is able to make it work. Can do many things. Endures all kinds of pain. Her priority is to lift up the lives of those she loves.)

Dantes believes that mothers should also be considered “pillars of the home” because of their strength amid challenges, on top of serving as “tanglaw (light)” for their family. He also stressed that mothers can be an inspiration to do good things and be a good person.

(Celebrate mothers even more because we all know that they are truly great. Long live mothers. You have my praise, my admiration, my service, my vote.)

Dantes’ greeting for mothers comes a few days prior to Mother’s Day, as well as the 2022 national elections.

The actor recently reminded the public to be responsible when it comes to voting because the candidates that a person chooses are representations of their values.

He also emphasized to voters that if elected officials no longer meet “expectations,” they should be called out since it is the “responsible” thing to do. Given this, Dantes hopes that the elections on Monday, May 9, will be “peaceful and credible.”  /ra