LOS ANGELES  – “Aquaman” actor Amber Heard broke down in tears on the witness stand on Thursday as she said ex-husband Johnny Depp sexually assaulted her with a liquor bottle and threatened to kill her shortly after the pair were married.

Testifying in a widely watched defamation trial, Heard said she visited Depp in Australia in early 2015, about a month after their wedding, when he was filming the fifth “Pirates of the Caribbean” movie.

On their first evening together, a planned dinner at the house Depp was renting turned into an argument, Heard said. Depp, who she said was drinking and using drugs, pushed her against the refrigerator and held her there by her throat.

Heard said she freed herself and retreated upstairs for a while, coming back later in her nightgown to find Depp still awake. She said she tried to get him to eat since they had never had their dinner, but he was “belligerent” and threw bottles that broke around her.

Depp took one of the bottles and inserted it into her vagina, she said.

“He was shoving it inside of me over and over again,” said Heard, who looked down, shook her head and sobbed as she described the encounter. She said she kept thinking that she hoped the bottle was not one of the ones that was broken.

During the assault, Depp repeatedly said “I’ll fucking kill you,” she told the jury.

Depp, 58, testified earlier in the trial that he never hit Heard and argued that she was the one who was the abuser. 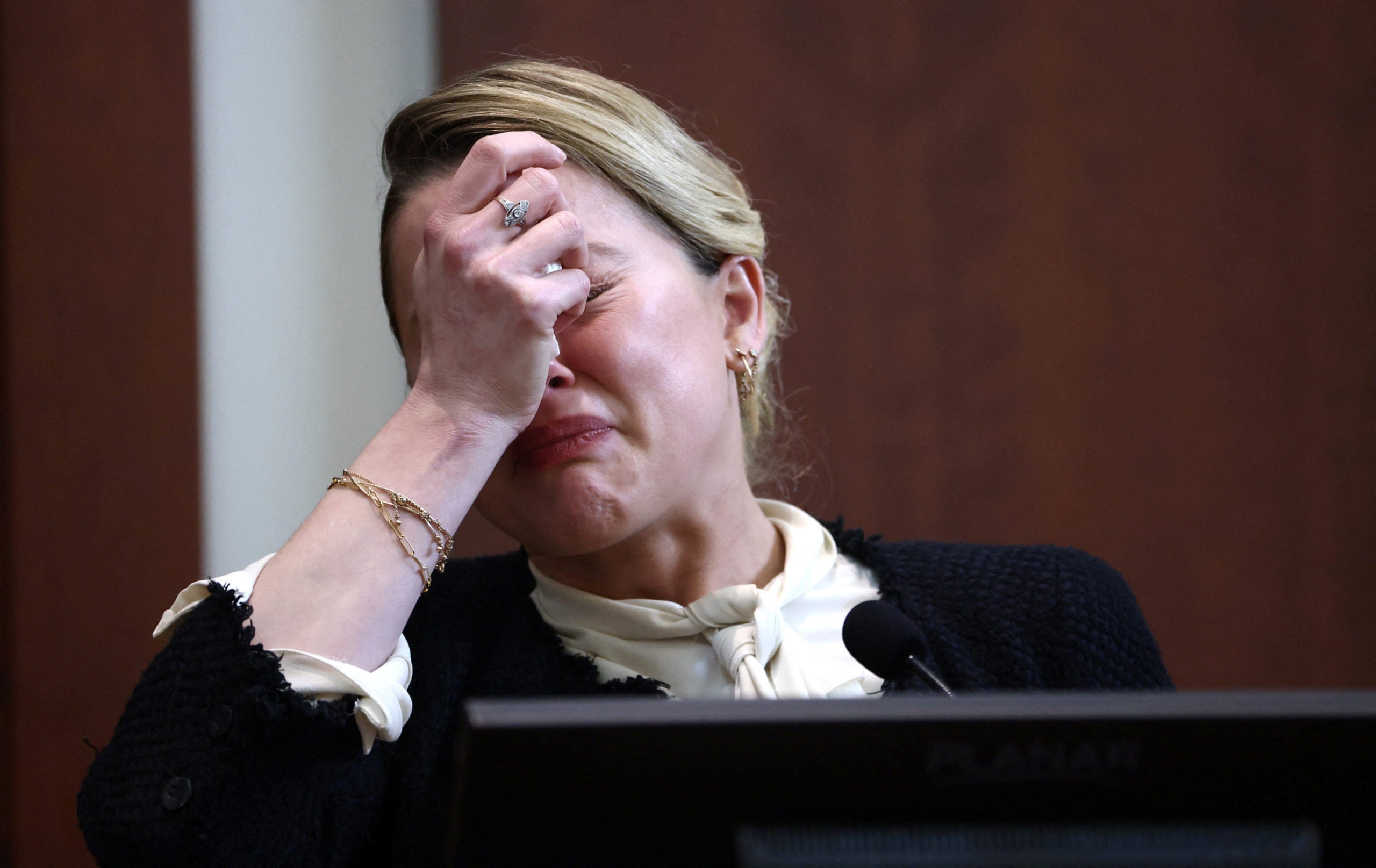 Actor Amber Heard reacts on the stand in the courtroom at Fairfax County Circuit Court during a defamation case against her by ex-husband, actor Johnny Depp in Fairfax, Virginia, U.S., May 5, 2022. (REUTERS)

The star of the “Pirates of the Caribbean” films is suing Heard, 36, for $50 million, saying she defamed him when she claimed she was a victim of domestic abuse. Heard has counter-sued for $100 million, arguing Depp smeared her by calling her a liar.

In earlier testimony, Depp offered a different account of the incident in Australia. He said Heard was the person who hurled objects during their argument, hitting him with a vodka bottle that severed the top of his right middle finger. His attorneys showed evidence of his hospital visit to surgically repair the finger.

The case hinges on a December 2018 opinion piece Heard authored in the Washington Post. The article never mentioned Depp by name, but his lawyer told jurors it was clear Heard was referencing him. The couple’s divorce was finalized in 2017 after less than two years of marriage.

A state court judge in Virginia’s Fairfax County is overseeing the trial, which is expected to last until late May.

Less than two years ago, Depp lost a libel case against the Sun, a British tabloid that labeled him a “wife beater.” A London High Court judge ruled he had repeatedly assaulted Heard.

Depp’s lawyers have said they filed the U.S. case in Fairfax County because the Washington Post is printed there. The newspaper is not a defendant.