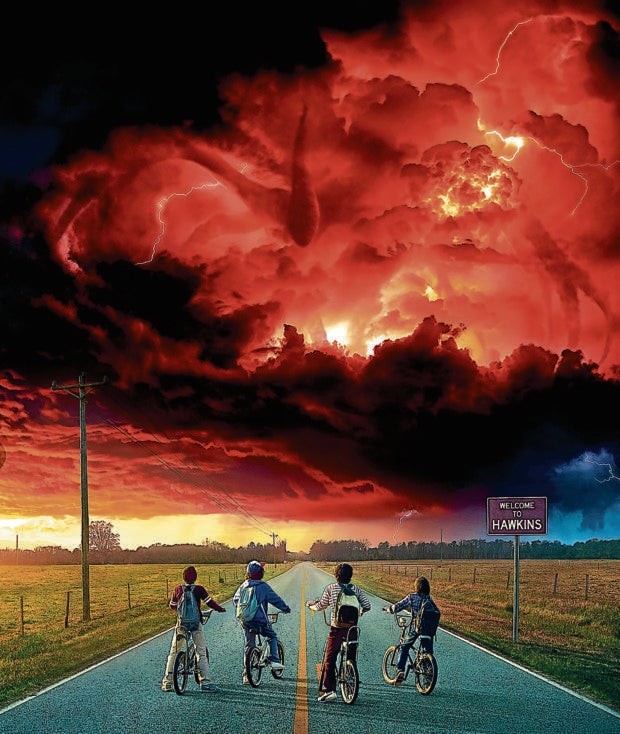 Millie Bobby Brown was only 15 when we met her in Tokyo three years ago to discuss the third season of Netflix’s cult favorite “Stranger Things,” which launches Volume 1 of the nine-part Season 4 on Friday, followed by Volume 2 on July 1.

At the time, the charming teenager talked about her first kiss (with Finn Wolfhard, who plays Eleven’s boyfriend Mike), the kind of love the show advocates (“Love is whatever you want love to be”), how she uses her growing popularity in a good way (as Unicef ambassador), and how she has evolved since the acclaimed horror-drama series became a global phenomenon after its 2016 premiere.

Created by Duffer brothers Matt and Ross, the three-time Emmy-nominated show for best drama is one of Netflix’s most-watched titles, with Season 3 racking up 582 million viewing hours.

What really struck us in that interview was how Millie, now 18 years old, described what it was about living under Elle’s skin that resonated with her. “I can relate to her strength, mostly,” she said. “Eleven (or Elle) is very powerful, but she’s also very vulnerable.”

It’s a statement that couldn’t be truer than Elle’s odd-man-out dilemma in Season 4. Six months after the Battle of Starcourt, Elle must come to terms with her new life with Joyce (Winona Ryder), Will (Noah Schnapp) and Jonathan Byers (Charlie Heaton) in California, far away from Mike, her other friends in Hawkins and, yes, the Upside Down, too.

She has to learn to live as the new kid in town, with none of the powers that used to keep smart-alecky bullies and pesky bogeymen at bay. At her most vulnerable moment, however, Elle must face a new and horrifying supernatural threat that surfaces and puts her friends and loved ones at risk.

As if that weren’t overwhelming enough for any teenage girl, she also has to navigate the complexities of high school life.

When we talked to Maya Hawke (Robin Buckley), Joe Keery (Steve Harrington), Natalia Dyer (Nancy Wheeler) and Joseph Quinn (Eddie Munson) in a recent roundtable interview, we told them how unnerved we were by some of the current season’s key sequences and its “Carrie”-channeling themes. The show is unforgivingly creepy even when there are no monsters around!

In fact, Matt Duffer has described Season 4 as the show’s “Game of Thrones” season, because it’s so “spread out.” Many characters will be seen interacting with those they have not interacted all that much before.

Asked which character were they most excited to cross paths with their characters this season, Natalia said, “I was very happy that Maya and I got to work closely together this season. I feel like, last season, that issue was a curiosity for me, like, ‘What would that be like?’ Then [it happened], and it [turned out to be] very exciting and fun.”

“Yeah, we had a really good time together,” Maya corroborated. “We became friends even before that as we bonded over solving mysteries. We were always calling ourselves the ‘Scooby Doo’ gang, like we were Daphne and Velma and Shaggy and Fred (laughs).”

Musing on the cultural impact that the show has had over the years, particularly because it brought the ’80s back to trend in pop culture, Joe said that he found it fascinating to be part of something that so many people have come to love.

“It’s unbelievable,” he quipped. “And it’s difficult to wrap your head around its success.”

Part of its allure, Maya added, are the familiar elements that people could easily relate to. “It mirrors so much of our parents’ generation. Like, it presented different aspects of their youth, which was cool because there are all these sentimental references to things that were important to them as teenagers or young adults. And this season, it’ll be bigger and darker.”

Excerpts from our Q&A with Maya, Joe, Natalia and Joseph:

You have been living under the skin of your characters for some time now, even Joseph. Which of your respective roles’ personal issues resonate with you the most?

Maya: I’m picking Robin’s foot-in-mouth syndrome out of many—that really resonates with me. I love my character, and I feel very lucky to get to portray her. There’s a lot of similarities there, and realizing that has actually helped me learn things about myself, too.

They also try to maximize your strengths as an actor and give you opportunities to showcase the things that you’re good at. 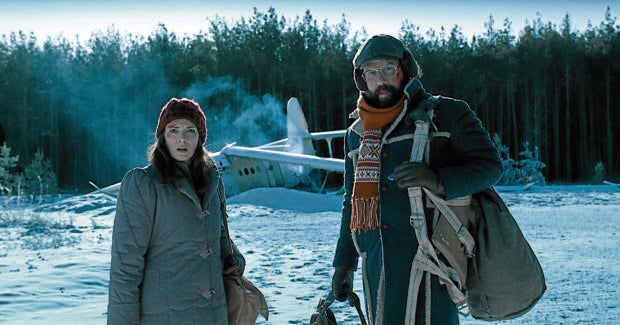 Joe: The Duffer brothers are so good at that. Once they get to know you more, they start incorporating everybody’s personality into his or her character. They do a great job at fusing bits of yourself into the character that you might not even be aware of—and I feel that way, for sure. So, I feel a lot of connections to one character.

Maya, you’re now on your second season as Robin. Coming into a new season knowing that you and Robin have been fully embraced by the fans, does that fan adulation give you confidence to show sides of your character we have yet to see?

Maya: Every morning before I film, I actually have a full Zoom panel where I just speak to fans. And I use their words of encouragement to inspire my performance—it’s really been awesome and I feel super lucky.

Initially, I was nervous about it, because whenever you join a beloved environment, it’s possible that the fans won’t like the new character and they’ll say, “Give us more screen time with the people we already love!” I was really nervous about it, so I’m just grateful that the reaction has been positive.

Joe, your character Steve has had the most amazing character arc throughout the three seasons. And he’s also had good relationships with Dustin (Gaten Matarazzo) and Robin last season. Does Steve become an ’80s-style action hero? And will he finally find love this season?

Joe: A big part of this whole season is action. And reading all of that on the page was like, “Wow, there’s a lot for everyone to do.” Everybody has his or her moments—specifically, there’s one with Natalia that I can’t mention that left me and Maya absolutely “rocked” for days (laughs).

But the reason why this show is great to work on is because of the [Duffer] brothers and the cast that we have. Everything feels very natural, boosted further by a very encouraging and collaborative environment. Moreover, having nice camaraderie on set—that’s something that I very much looked forward to. That’s all one could ask for. 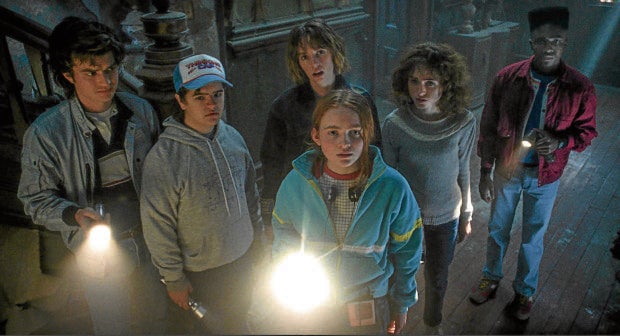 As for Steve finding love, there’s not too much I can say about that for now. But the whole arc of the character thus far is that of a teenager slowly developing into a young man—an arc that continues this season.

Natalia, your character Nancy has become a cultural figure as a result of her fiery personality. Does playing Nancy come naturally to you?

Natalia: After filming four seasons, she feels pretty natural to me now. Baseline Nancy, like the one in Season 1, was somewhat like me in high school. There were similarities there that felt natural. But Nancy goes through some crazy things, so it’s a natural progression of who she is. It’s been fun to find out what her values are and see how they’re challenged.

Joseph, you’re a new addition to the cast. How did you build the chemistry with the recurring cast members, who have grown together over the previous seasons?

Joseph: Establishing that chemistry is aided by the brilliant writing—you get to know the new characters very, very quickly. They’ve taken these new energies and threw them into this very dense broth of characters.

There was a lot of praise last season when Robin came out [of the closet], and how Steve reacted to that disclosure. Can we can expect more of that group dynamic between Steve and Robin moving forward and how that friendship develops?

Joe: That moment at the end of last season really solidified Robin and Steve’s relationship. We’re actually uber-supportive of each other throughout the show, which is fun, because sometimes, it feels like we’re a bickering old married couple (laughs).

Other times, we’re each other’s best advocate in the series. It’s fun to have somebody you can grow with.

Joseph: Theirs was one of my favorite relationships in the whole show. It’s so cool.

One of the elements that makes this show special is the fact that it has a lot of very fascinating characters that viewers can root for. Other than your own, do you have another favorite character?

Just earlier, he compared himself to cayenne pepper, which is perfect. If “Stranger Things” were a kind of soup, Joseph is chili pepper to the equation. (Turning to Joseph) You bring a new element that’s so much fun to work and play with. INQ