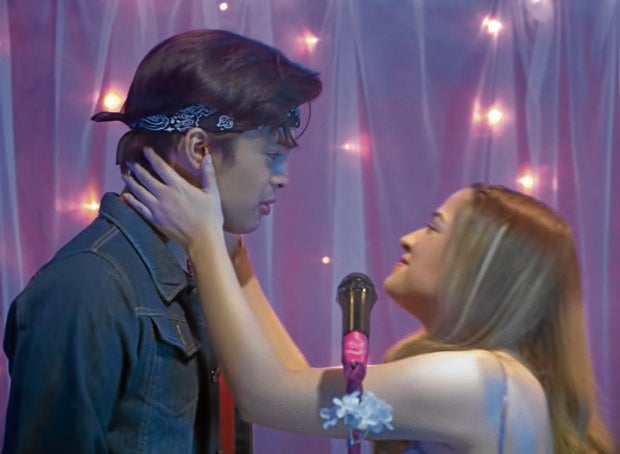 Scene from “Run to Me”

Onscreen partners KD Estrada and Alexa Ilacad, collectively known as KDLex, have refused “to put a label” on their off-cam relationship even though people already see how romantic and sweet they are to each other in public.

KD gave this explanation: “We want to give it time because we only just left the PBB (‘Pinoy Big Brother’) House a few months ago. It’s just super recent. We see each other as partners but right now, especially with our very busy careers, we don’t want to put a label on it. We fear this will only cause problems later on; that it’s going to make the relationship more high maintenance. As of now, we just want to take it slow.”

Alexa agreed by saying: “That’s what I told him. I don’t think it would be smart to add pressure to whatever is happening, especially since after PBB, we have been receiving blessings after blessings. We are so overwhelmed. I told him that we should just enjoy and not pressure ourselves by putting a label on our relationship.”

But does KD find Alexa a “girlfriend material”? “Well, yes,” he declared. “I don’t know what’s going to happen in the future, but I just want to point out that Alexa will always be in my life. She’s a very important part of this journey I’m on.”

Alexa, meanwhile, said: “We’re taking things day by day. The intent is to reach that stage when we’re both successful in this field. To answer the question, it’s obvious that KD is boyfriend material.” 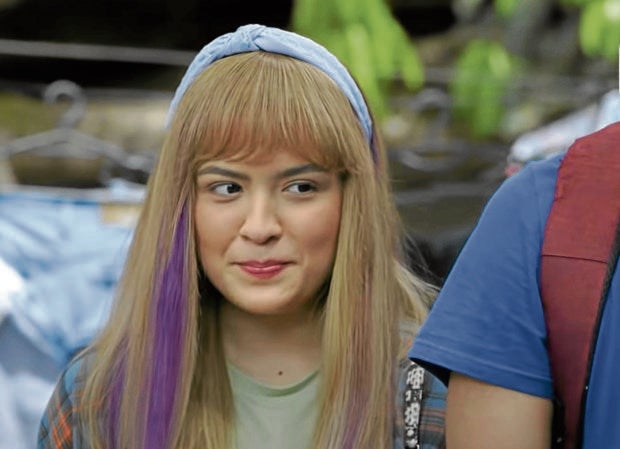 Alexa seemed to say they’re merely cautious of the label, but not of how they express their true feelings for each other publicly. “When it comes to kilig scenes, Direk [Dwein Baltazar] said that what she had difficulty with was trying to keep KD and me away from each other. She would say, ‘mamaya na ’yan. Take muna!’” Alexa told reporters in an interview after the recent celebrity preview of their IwantTFC original series “Run to Me” at the Santolan Town Plaza in San Juan.

“Actually, I’ll be honest here,” KD added. “If you saw the scene where Alexa got pushed toward me while we were singing ‘Misteryo’ together, you’ll notice that I didn’t feel like I was acting when I looked into her eyes.”

Having their very own romantic comedy series felt surreal to KD. “When I was young, I would just see these people on TV. I never imagined I’d become an actor myself, that I’d see myself with Alexa on a huge screen. I made it this far—I started when I was 16 as a trainee. I waited for four years,” said KD.

“For me, it’s not my first time but it’s not something I will ever get used to because I love doing this so much,” said Alexa. “It feels different because now, I’m with KD, and I’m watching with them (fans). I sometimes feel like I have to remind myself that yes, I’m also capable of achieving things like this, that it’s now my time, and that God has plans for me. I promise to make the most out of it.”

She added: “I feel nervous, especially before watching it, because I didn’t want to disappoint anyone. I wanted to make sure that it’s really worth the wait. After seeing it, I felt relieved. I’m proud of our product—the cinematography, the script, the cast, everything. We worked hard for this.”

When asked for his thoughts on the fact that other love teams have emerged during the pandemic, the most popular of which is DonBelle, KD replied: “Personally, I don’t see them as competition. The DonBelle love team is really strong. Alexa is so close with Belle [Mariano] and I consider Donny [Pangilinan] as one of my idols. What Alexa and I offer is something different, and I think we’re ready to go bigger.” 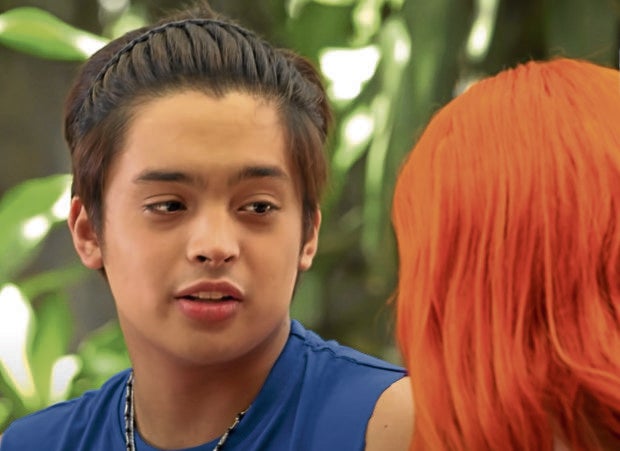 “We are,” Alexa interjected. “This is what we want, what we are aiming for: excellence, nothing less! We’re ready for greater things, better things, for stardom. We promise to continue honing our skills in order to achieve this.”

The feel-good, romantic drama series tells the stories of Jewel and Wilson (Alexa and KD). Jewel is a superstar in the streaming world. Despite her success online and her wealthy background, she still struggles to find happiness as she constantly longs for her mother Emerald’s (Mickey Ferriols) love and affection.

On the other hand, Wilson is a music-lover streamer but is struggling to gain popularity in the digital scene. He gets different side jobs to be able to pay for the hospital bills of his mother, Mami Bebot (Nikki Valdez), who is battling leukemia. Unlike Jewel, Wilson has always had a close relationship with his mom.

Jewel and Wilson unexpectedly cross paths one night when he attempts to “rescue” her from “kidnappers.” Conflict arises when Wilson discovers that Jewel staged the kidnapping herself, hoping to get her mother’s attention. She then convinces him to act as her fake kidnapper instead, but at what cost?

“Run to Me” is produced by ABS-CBN Entertainment, Dreamscape Entertainment, iWantTFC, and Kumu. It will be available on Kumu beginning on May 20 and on iWantTFC on May 21, 8 p.m. (Manila time), with a new episode dropping every Saturday. INQ