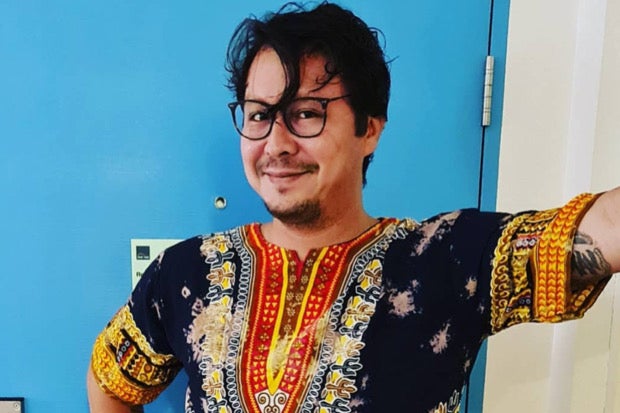 Baron Geisler disclosed that he relapsed into alcohol addiction after he and his wife Jamie Evangelista had a misunderstanding.

The actor described his addiction as a “disease” that has “no cure” and “no different from cancer or diabetes,” in an exclusive interview with broadcasters Julius Babao and Christine Bersola, as seen on One PH’s YouTube channel yesterday, May 2.

(I have an allergic reaction to alcohol in my brain — I cannot stop. Once I get a taste of it, I need to take it for four days straight until I pass out.)

Geisler then dismissed the speculations that he and Evangelista broke up, clarifying that they are only giving each other space to work on their “12-step programs.”

It can be recalled that the couple recently hit the headlines after a video of them having a confrontation surfaced on social media. Evangelista later reached out to talent manager Ogie Diaz, explaining that Geisler had relapsed into alcoholism and that she had enough of his actions.

When asked what triggered his relapse, Giesler cited a misunderstanding he had with Evangelista. According to the actor, he got easily affected whenever they had arguments, which led him to drink to get even with his wife.

(My wife and I had a misunderstanding. I lost my empathy and I failed to give importance to her needs when I should be aware of my wife’s needs. I became selfish again and that was how it started.)

Geisler then talked about his journey to recovery and stated that once he is done with his program, he also wants to extend help to others going through the same situation.

“I don’t want to promise anything. Again, I said attraction rather than promotion—if I keep doing it then—it’s hard to promise,” he added. “But the good thing here is siguro three and half years or four years, wala nang narinig ‘yung mga tao sa akin until ‘yung sa video.” (But the good thing here is that for maybe three and a half or four years, the public did not hear anything from me until the video [that surfaced recently].)

Geisler earlier graduated from college at All Nations College in Antipolo, Rizal, earning a bachelor’s degree in theology, which he started to pursue in 2019. Anne Pasajol /ra