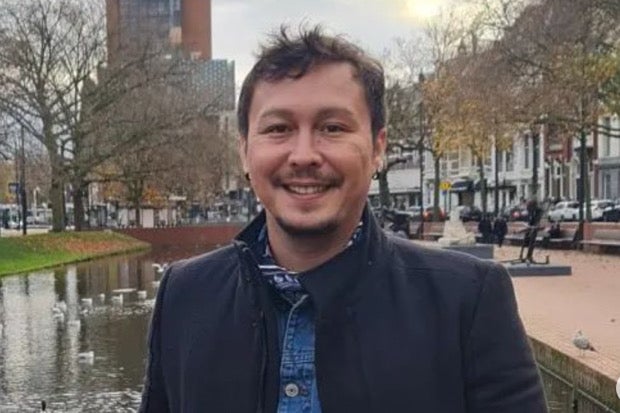 Baron Geisler has been having a hard time managing his drinking habits again, his wife Jamie Evangelista stated.

Evangelista reached out to talent manager-comedian Ogie Diaz and gave her statement regarding a now-deleted video of herself and Geisler, as per Diaz’s YouTube channel today, April 11. In the said video, Evangelista appears to be confronting Geisler, then she threw at him a container with liquid on it, which spilled all over Geisler who was lying in bed.

(His relapse has been serious lately. Last December was a bit traumatic for the kids so I told him, “If you’re going to drink, do not drink here in our house.”)

Evangelista recounted how she went to a hotel to pick up Geisler for their flight to Manila, only to know that he was still drinking when she came. Evangelista then apologized for how she reacted, explaining that she was not able to control her emotions at the time because she had enough of his actions.

“I’ve been very patient and forgiving for how many years so napuno na siguro ako. Tumawag ako ng taga-rehab para maka-detox siya doon for a few days and ma-resched ang dubbing sa Manila but he got so paranoid,” she stated. “Nag-video siya I guess to seek sympathy.”

(I’ve been very patient and forgiving for how many years so maybe I had enough. I called someone from the [rehabilitation center] so he can detoxify there for a few days and reschedule his dubbing in Manila. But he got so paranoid and he took a video [of what happened], I guess to seek sympathy.)

When asked by Diaz if Geisler drinks everyday, Evangelista clarified that the actor only drinks for three days every two weeks.

“I told him to learn to be independent kasi magfo-forty na siya,” Evangelista added. “Intindihin na lang natin kasi may chemical imbalance na talaga siya pero he also has to help himself.”

(I told him to learn to be independent because he is already turning 40. Let’s try to understand him because he really has a  chemical imbalance but he also has to help himself.)

Meanwhile, Geisler opened up on his fear of “going crazy again” in an interview with Philippine Daily Inquirer last year, but added that he believes sustaining sobriety will lead him and his family to more blessings. JB