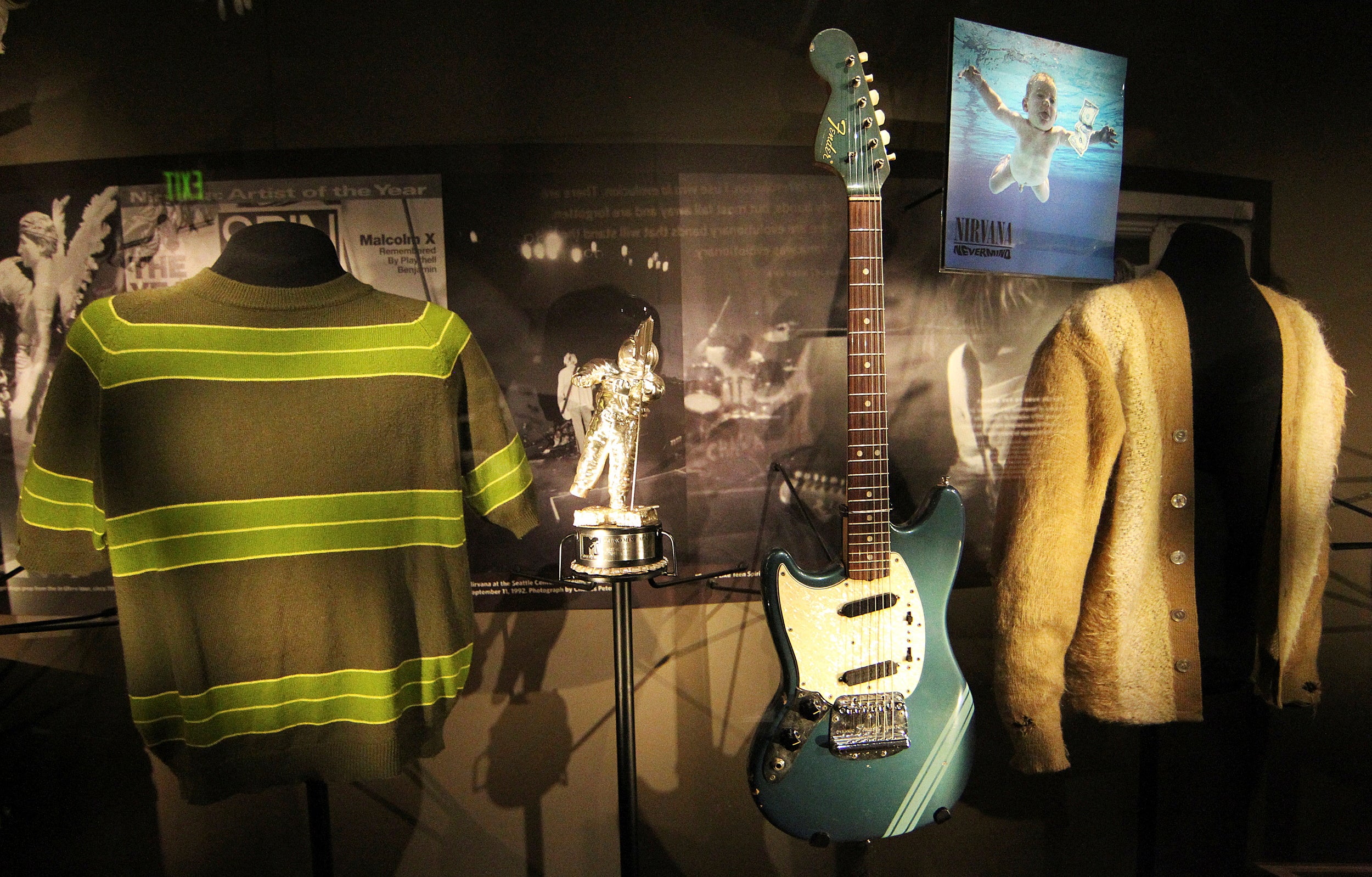 FILE PHOTO: Memorabilia including iconic clothing and musical instruments of the late Kurt Cobain of the legendary grunge band Nirvana, on display at the “Nirvana: Taking Punk to the Masses” exhibition of the Experience Music Project (EMP) in Seattle on April 15, 2011. REUTERS/Anthony Bolante

BEVERLY HILLS, California – The iconic blue guitar Kurt Cobain rocked out within Nirvana’s seminal 90s “Smells Like Teen Spirit” music video is expected to fetch up to $800,000 when it goes up for auction next month.

With “Smells Like Teen Spirit” racking up more than 1.4 billion views on YouTube, the 1969 blue Fender is arguably one of the most famous in rock, said Martin Nolan, executive director of Julien’s Auctions.

“This is one of the most iconic guitars ever to come to the auction block, this is the blue Mustang Fender guitar, one of Kurt Cobain’s favorite guitars of all time,” said Nolan, standing beside a display of Kurt Cobain memorabilia at Julien’s Auction’s Beverly Hills showroom.

“The guitar comes with its original case and, also, the guitar strap, so that’s … really important to collectors when they come to the auction to know the originality,” said Nolan, who noted that the guitar has stayed with the family since Cobain’s death in 1994.

The Cobain guitar is the star lot in the auction house’s Music Icons auction, taking place in New York and online from May 20-22.

Nolan said the auction house has conservatively estimated a price range for the guitar of $600,000 to $800,000 but noted “that’s a very conservative auction estimate.”

The auction house said a portion of the proceeds would go to a mental health charity.