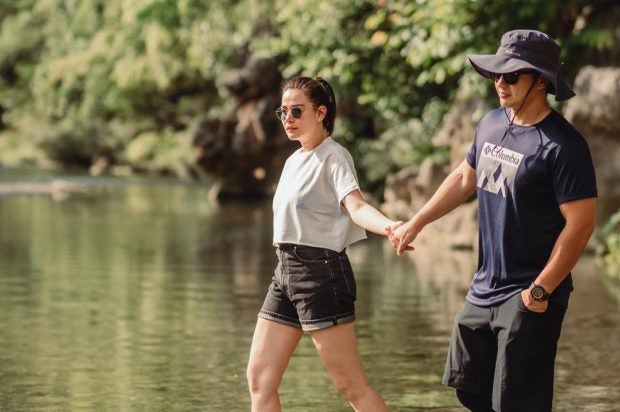 Bea Alonzo and Dominic Roque spent time in the outdoors together during a camping trip, which they had with some friends.

The actress showed moments from the trip via her Instagram page yesterday, April 27. She and Roque can be seen walking together along a lake, holding hands near a tent and enjoying a meal together.

“That time we went camping,” she said.

One of the actress’ companions, Christiana Collings Canlas, indicated in her Instagram post, also yesterday, that they went camping over the Holy Week.

The camping trip also appeared to have taken place in Rizal, as Roque showed similar photos of himself at a camping site in Tanay via a series of Instagram posts earlier this month.

Alonzo confirmed her relationship with Roque in August last year. They marked their anniversary last January 28, with Alonzo admitting she considers being with Roque as “one of the best decisions” she has ever made.

While she sees the actor as “husband material,” Alonzo stated last January that she was not in a hurry to settle down and have kids. For her, everyone has their “own timeline” when it comes to marriage and having a family.  /ra