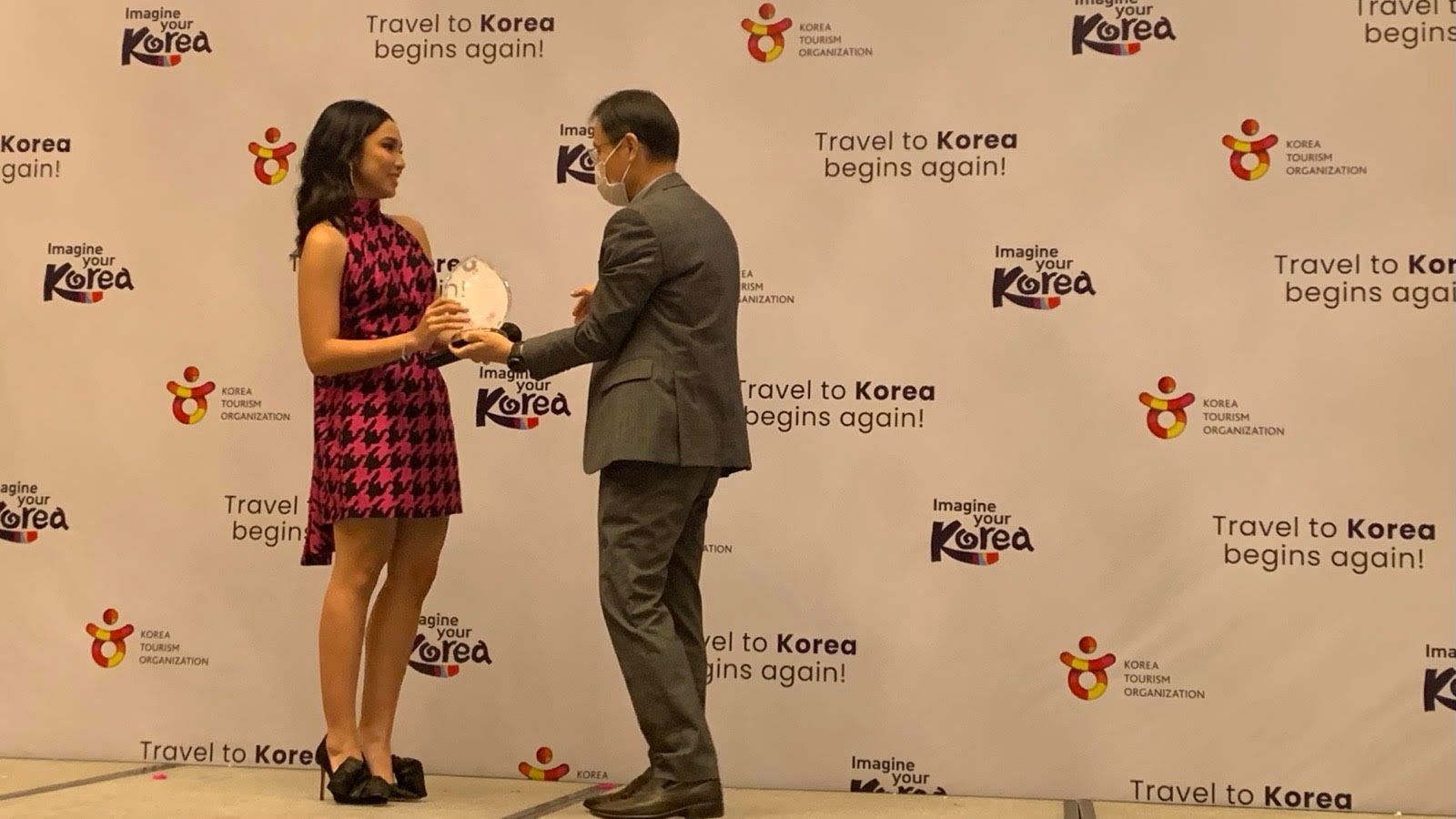 “This is really unexpected, it’s such a big thing for me,” said Alcantara, who expressed gratitude for being selected for the role during Thursday’s press conference, where she was officially appointed by the Korea Tourism Organization (KTO) in Manila as its new honorary ambassador for Korea tourism in the Philippines.

Alcantara recalled that her interest in South Korea began when a friend introduced her to a K-drama.

“The rest is history,” she said.

During her stint as honorary ambassador, Alcantra will be traveling to South Korea – a first for the actress.

“It’s such a big honor,” she told reporters. “I’m excited to go to Korea.”

“First, Kyline is interested in Korean culture and heritage,” he said.

Further, he described the young actress as having a “wide range of charms and talents.”

“She’s an actress, a singer, and a performer. Lastly, Kyline is one of the Philippines’ most promising and influential young actresses,” he added.

In addition, Alcantara also has a huge following on social media—with over 19 million followers across all of her accounts, Kim likewise noted.

“We believe that through her good image and influence, she can help us to reach and encourage more Filipinos to be potential supporters of Korea tourism like herself,” he added.

As part of her duty as honorary ambassador, the actress will share her experiences during her visit to the East Asian country through her social media accounts.

All valid short-term multiple-entry visas are also temporarily suspended. Even visa-free entry to Jeju Island has yet to be opened, according to Constantino.