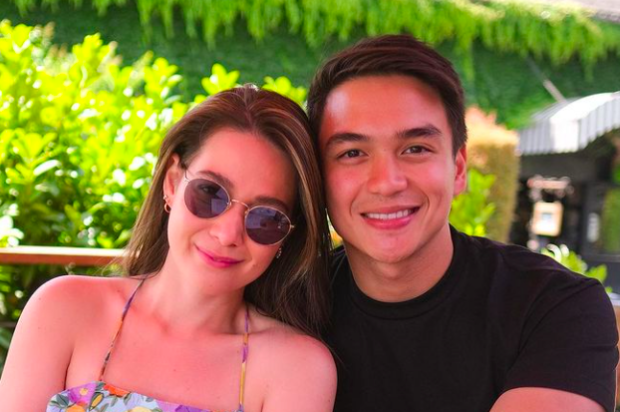 Bea Alonzo may not be thinking about getting married anytime soon, but she does think her boyfriend, actor Dominic Roque, is “husband material.”

The actress said this during her guest appearance at the GMA comedy talk show “The Boobay and Tekla Show” yesterday, Sept. 12. She was asked if she sees Roque as someone she would marry in the future.

(At this point in my life, I would not be in a relationship that is not serious. It’s really serious. So yes, he’s husband material.)

Alonzo then added that she thinks it is still too early for her and Roque to settle down.

(Right now, I think it’s too early. We’re still getting to know each other on a deeper level. For me, I don’t want to be pressured just because I’m getting older and all of my friends are getting married. We all have our own timelines.)

Aside from Alonzo’s relationship with Roque, the actress also talked about the things she learned from her past relationships.

Alonzo was previously in a relationship with actor Gerald Anderson. It ended in controversy in 2019 after the supposed involvement of a third party, speculated to be Julia Barretto. Anderson admitted he is with Barretto last March.

Meanwhile, Alonzo confirmed last August that she is in a relationship with Roque, after months of speculations from fans. JB