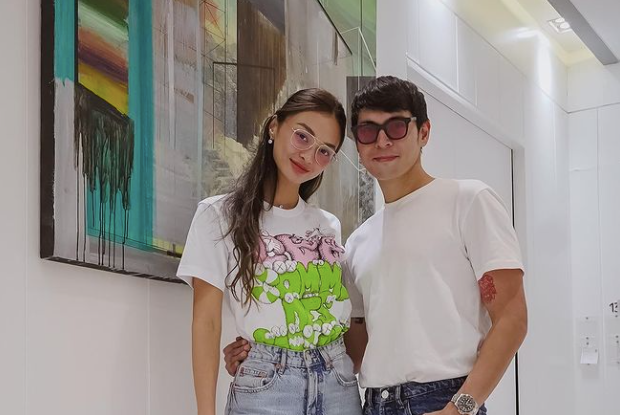 Kylie Verzosa is letting her love life take a backseat for a while as she revealed that she and actor Jake Cuenca are yet to communicate after their breakup.

The beauty queen-actress spoke up about her plans after the split in her interview with comedian-talent manager Ogie Diaz on the latter’s YouTube channel yesterday, April 25.

When asked what advice she could give to couples who are going through the same situation as her, Verzosa alluded to her relationship with Cuenca and how she is grateful about it.

Verzosa was then asked whether she and Cuenca have seen each other since the split, and shook her head no. Diaz also appeared to have asked about Cuenca’s recent cryptic posts on consoling someone and easing their pain.

The interview was held during presidential candidate Leni Robredo and her running mate Kiko Pangilinan’s campaign rally in Pasay City last Saturday, April 23, a few hours after Cuenca confirmed his split with Verzosa.

The actor did not disclose the reason behind their breakup, but stressed that it was not “in anger” and he will always be proud of Verzosa.

Cuenca and Verzosa revealed they were in a relationship back in 2019. They were together for three years.  /ra

Jake Cuenca confirms breakup with Kylie Verzosa: ‘I’m still so proud of us’