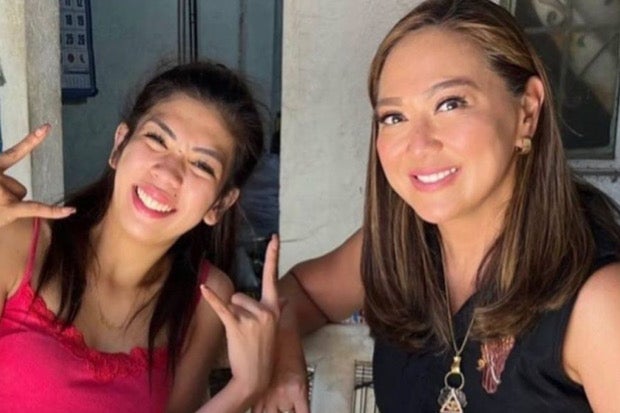 Budol showed what appears to be a deposit slip along with photos of her and Davila, via Budol’s Instagram page yesterday, April 25. Davila earlier stated that she would be sharing her vlog earnings to Budol as she was moved by the comedian’s kindness.

(It is a big honor to be congratulated by ma’am Karen Davila for being able to enter Binibining Pilipinas 2022, and she even had a surprise for me which made me cry until now. She gave me her YouTube earnings, amounting to P100,000, from the interview vlog we had last April 2, which was released before I applied for Binibining Pilipinas and which has reached 2.2 million views.)

The comedian and former “Wowowin” host admitted that the money is a big help for her and her family, especially now that she is an official candidate of Binibining Pilipinas.

(Since for three months I am not allowed to accept jobs and endorsements per policy of Binibining Pilipinas, I only rely on the income of my vlogs on my YouTube channel.)

Budol was among the 40 candidates who entered the official roster of this year’s Binibining Pilipinas. She stated that she will be advocating autism awareness and detection during her stint in the pageant.  /ra