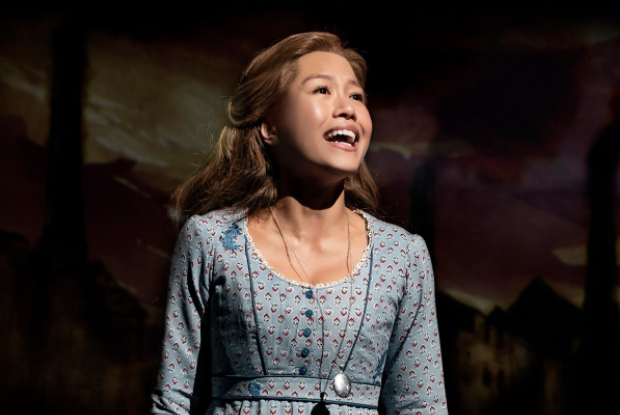 Rachelle Ann Go is once again taking on the role of Fantine in the acclaimed musical “Les Misérables” for its United Kingdom and Ireland tour starting this coming May.

The singer’s return to the role was revealed via casting announcement on the musical’s official Facebook page yesterday, April 21.

“Rachelle Ann Go will once again dream the dream as Fantine in the acclaimed #LesMizTour from [May 16],” it stated while showing a photo of the singer. The words “UK [and] Ireland tour” were also bannered at the announcement.

Go expressed excitement over reprising the role by showing the casting announcement on her Instagram Stories, also yesterday. 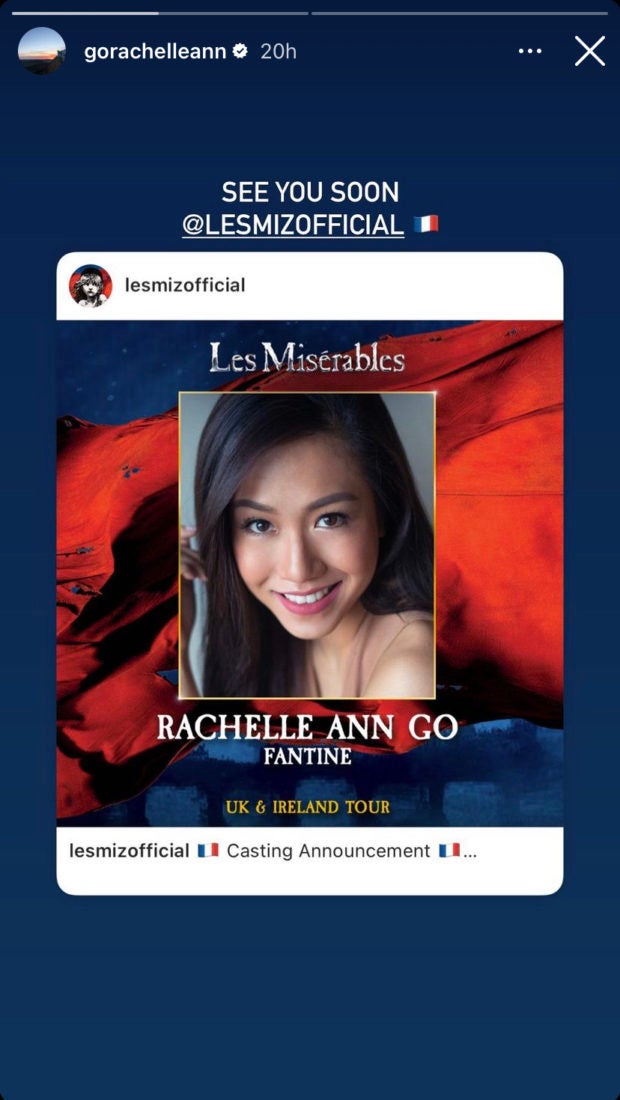 Go first played Fantine in the West End production of “Les Misérables” back in 2015, in time for the beloved play’s 30th anniversary. She then reprised the role in 2020, also in West End.

Most recently, she returned to the stage as the character during the “Les Misérables” concert run in late August and early September 2021.