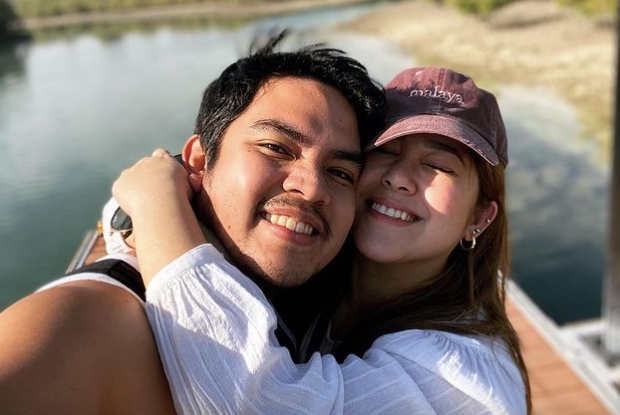 Moira Dela Torre and her husband, singer-songwriter Jason Marvin Hernandez, seemingly debunked speculations that their marriage is on the rocks after they exchanged messages online over his favorite food.

The “Paubaya” singer, who is currently in Singapore for work, did not directly respond to the rumors though she tagged Hernandez in her Instagram Stories yesterday, April 14. Dela Torre showed herself enjoying a seafood dish with vlogger Mimiyuuuh, noting that it was Hernandez’s favorite food.

The photo was then reposted by Hernandez on his own Instagram Stories, also yesterday.

Naming the restaurant where Dela Torre may have ordered her food, Hernandez said, “I want.” 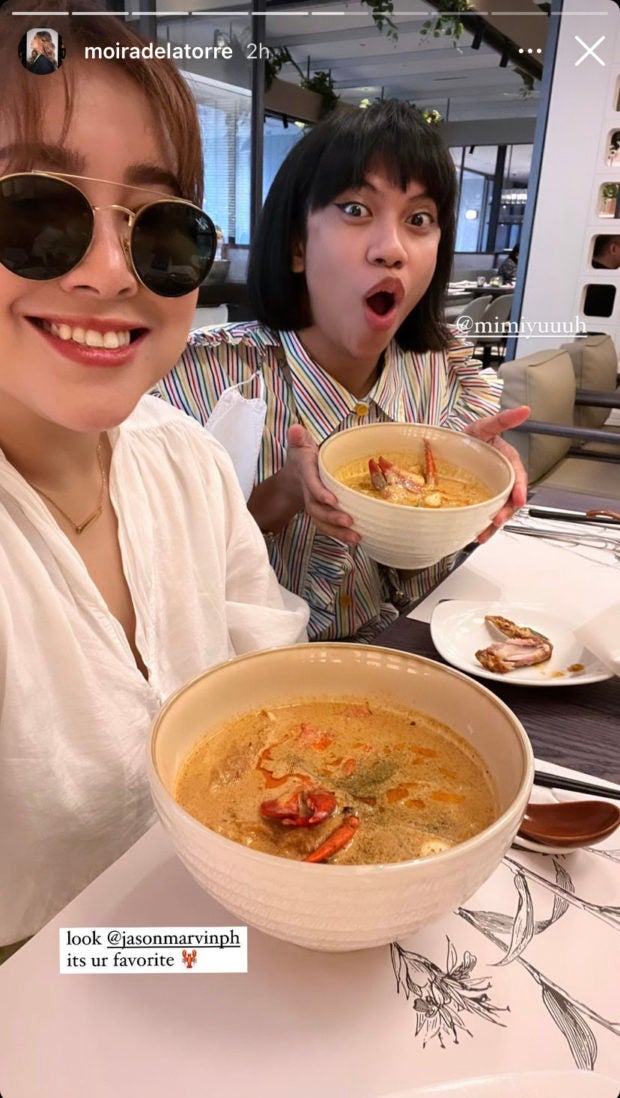 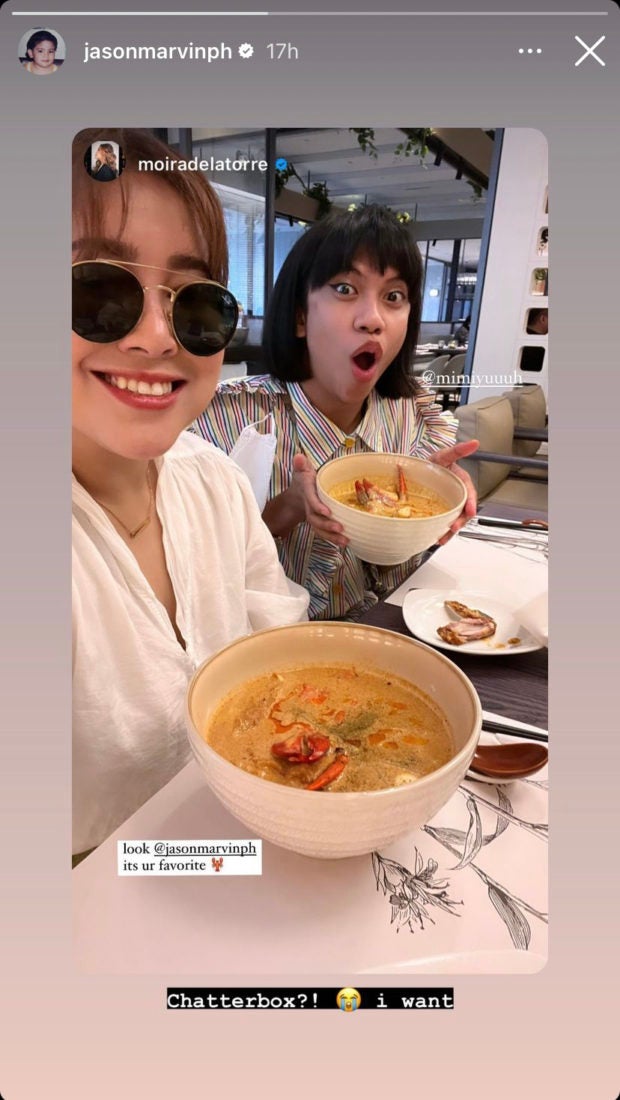 Speculations about Dela Torre and Hernandez’s marriage circulated online yesterday, after some fans noticed that Dela Torre supposedly removed her husband’s last name from her personal Facebook account and removed their photos together on Instagram. However, Hernandez can still be seen in several photos on Dela Torre’s Instagram page.

Dela Torre and Hernandez are yet to release a statement regarding the issue as of this writing.

The two tied the knot in a garden ceremony in Tagaytay in January 2019, after Hernandez surprised Dela Torre with a proposal during the latter’s “Tagpuan” music video shooting in 2018.  /ra