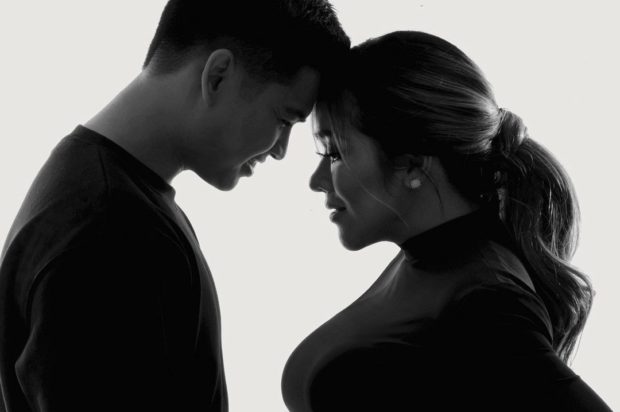 Angeline Quinto has finally revealed the face of her non-showbiz boyfriend during her maternity shoot, after initially opting not to reveal his identity to the public.

The singer and her partner can be seen cradling her baby bump for the maternity portrait shown on Quinto’s Instagram page yesterday, Feb. 18. She did not state her boyfriend’s name.

Quinto then showed a behind-the-scenes video from the pictorial on her YouTube vlog, also yesterday.

For the shoot, she posed next to a piano in a blue off-shoulder dress, as well as a white strapless gown and a beige dress, among others. Her partner can also be seen kissing her forehead in the said vlog.

Quinto announced in an interview with TV host Boy Abunda last December that she is pregnant with her first child. She then revealed last month that she is expecting a baby boy.

The singer revealed in October last year that she had been in a relationship since 2020. According to her, she met her partner through a mutual friend.

Prior to showing his boyfriend’s face, Quinto remained firm in keeping his identity a secret, stating that they both wanted to go through her pregnancy journey in private.  /ra