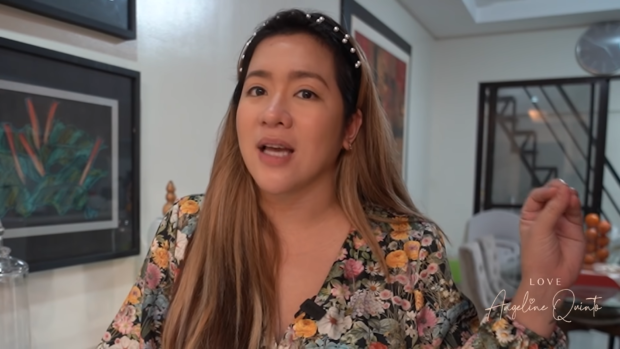 Angeline Quinto has treated fans to a glimpse of her new home, as she prepares to welcome her first child with her non-showbiz partner.

The singer took a tour of her three-story town house, which is set to undergo renovations, in her YouTube vlog yesterday, Feb. 11. According to Quinto, she moved into the new home before the end of 2021.

Quinto’s new town house features a dressing room, music room, a hidden walk-in closet and a nursery for her baby.

The singer then admitted that she felt sad over leaving her “dream house” that she had shared with her adoptive mother, mama Bob. Quinto also noted that she felt lonely going home to the empty house after her mama Bob passed away.

The old house was one of the things she acquired after winning the talent show “Star Power” in 2011.

(Of course, it is saddening. Who wouldn’t get sad if I had to leave my dream house… but I’m still very thankful for my new house.)

Quinto announced last December that she was expecting her first baby via an interview with King of Talk Boy Abunda. She remained firm in keeping the identity of her non-showbiz partner a secret.

Her announcement about her pregnancy came in time with her 10th year in show business, which she marked with a digital concert series, “10Q.”  /ra