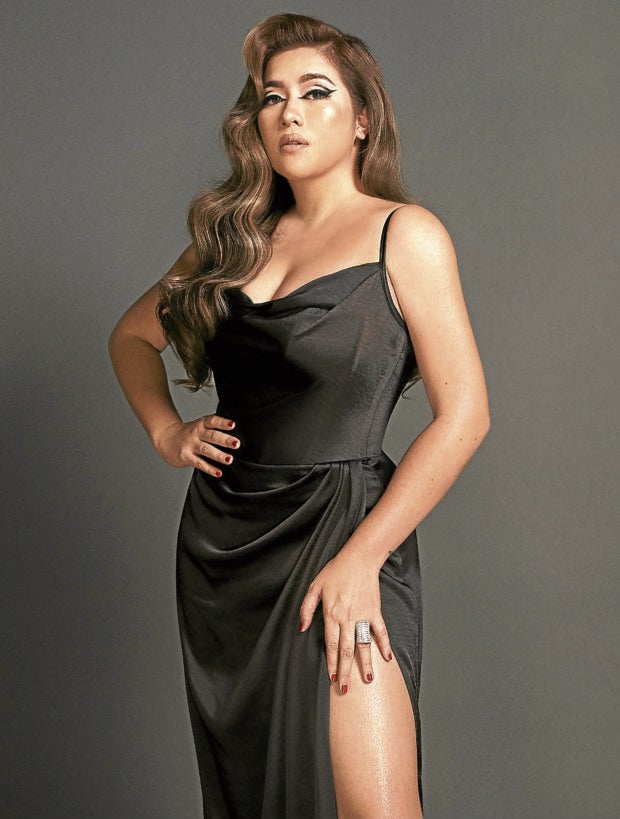 As a kid growing up in Manila, Angeline Quinto would often catch a glimpse of the Manila Metropolitan Theater (Met) while in her usual jeepney rides around the city with her late adoptive mother, Mama Bob.

“She would tell me stories about the theater, how the biggest stars like Nora Aunor and Vilma Santos used to perform or shoot shows. I was like, ‘Talaga, Ma?’ It had me thinking because I only ever saw it when it was already closed and fenced off by sheets of metal roofing,” she said in a recent virtual conference for her 10th anniversary digital concert series, “10Q.”

Since then, the singer has wondered what it would be like to sing at the iconic art deco building, which is commonly called the Met. “I told myself, ‘If ever it opens again, I would really grab that opportunity’… But it seemed impossible back then,” recalled Angeline, who hails from Sampaloc. “Sayang, kasi nalipasan na siya ng panahon.”

In 2015, the Met was acquired by the National Commission for Culture and the Arts, which facilitated restoration works. In June, the theater was finally reopened. “I learned about it on Facebook. I saw photos of the interiors and everything has already been fixed and looks beautiful,” she said.

Much to her delight, Angeline became one of the first artists to perform at the restored venue when she was invited to take part in the opening event mounted by the Manila city government. And now, it will be the home of her upcoming shows. “I got goosebumps, because I remembered Mama Bob. If she were still alive, she would tell me, ‘Sana, makakanta ka diyan.’ And now I will,” she said. “God is so good. It seemed like He had this planned. When I was rehearsing, I couldn’t help but reminisce about those jeepney rides. Now I’m inside, onstage.”

The 31-year-old music artist was so enamored with the venue that she didn’t want to do just one show. “‘Di pwedeng matapos ‘to ng isang gabi lang,” she said.

“I want to just sing and sing, because I miss doing shows at big venues,” she said. “And I’m thankful to all the artists who agreed to be part of this.”

Each show will have different set lists, Angeline said, and all in all, there are over 100 songs to study. “That’s better than having nothing to sing!” she said, laughing.

And because the series is spread across four months, taking care of her health and voice is her biggest priority. “I can’t get sick. I still feel nervous. I have been singing since I was a child, but the nerves are something that don’t leave you. But I’m excited more than anything because I have been raring to do this for so long,” she said. “Since I haven’t had a lot of chances to do live shows, I’ve also been taking voice lessons to refresh my techniques. It’s something I always do when I have to do a big show.”

While her 10th year celebration will be bittersweet because her Mama Bob and fans won’t be able to see her live, “10Q” is still a dream come true.

“I know Mama Bob will be proud of me if she were to see me singing at the Met. And I’m happy I was able to give her the life I wanted for her before she passed… I miss hearing the fans cheering, clapping before I could even go onstage. But I’m thankful,” she said. “This is one of the best concerts I have done. Being able to do it amid a pandemic makes it more special.” INQ

Read Next
Himaya’s music: A mix of old school and new sound . . . a marriage of both worlds
EDITORS' PICK
Individuals affected by ‘Karding’ now over 157,000
Newbie gamers are in for a treat with the power-packed feature of vivo Y16
House energy committee chair Arroyo bats for cheap electricity
Bongbong Marcos says PH ‘open for business’ with new Clark Airport terminal
Karding damage to infrastructure at P23M
Reignite your passion with the vivo Y35
MOST READ
LPA enters PAR, may develop into tropical depression
Badoy not with Office of the President, NTF-Elcac, under Marcos admin — solon
‘Sardinas ang ulam’: Senators lament soldiers’ P150 daily subsistence allowance
Angelica Panganiban ‘duguan, sugatang mom’ one week into breastfeeding
Don't miss out on the latest news and information.