Himaya’s music: A mix of old school and new sound . . . a marriage of both worlds | Inquirer Entertainment

Himaya’s music: A mix of old school and new sound . . . a marriage of both worlds 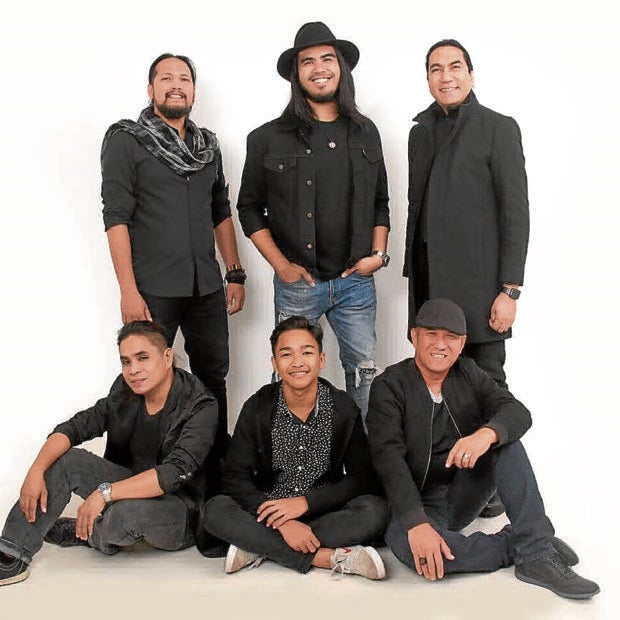 For the multigenerational band Himaya, strength lies in its members’ varied musical influences and experiences. “There are age gaps among us, but we have turned that into an advantage. The diversity in experiences and taste, we can take all those in, and gel them together through collaboration,” guitarist-vocalist Aio Barcelona said in a recent virtual conference for the original soundtrack they wrote for the upcoming teen mystery-comedy flick “Caught in the Act.”

“We’re mixing old school and new sounds. So now, we’re creating something different… a marriage of both worlds,” Aio said of the band, which was formed by his father, lead vocalist and guitarist Alvin Barcelona, in 1997.The inspirational pop-rock band is also composed of pioneering members, bassist James Aguilos, keyboardist Jeric Milson and guitarist-vocalist Mike Nuez. Drummer Gab Espinosa like Aio is a Gen Z musician, who joined the band only five years ago. Because they don’t have pegs or subscribe to a particular trend, the group, Aio pointed out, always has something for everyone.

“There are classic old-school rock, as well as modern sounds with new beats,” said Aio, who’s also part of the popular Catholic worship band Feast Worship. “Sometimes, I would like to do something inspired by Ben&Ben and John Mayer while my father wants something from Queen or Eric Clapton.”

“But it’s an advantage because we can tap different audiences. No one gets alienated in our shows—we can do, say, VST & Co. for the older generation and then do Coldplay for the younger ones,” he added.

Being surrounded by older musicians Aio said, helped him and Gab develop a deeper respect for “music that came before us. And on the flip side, his bandmates are equally willing to adapt to new developments in music.” “Now we’re updated by the young ones!” said Alvin, who’s also a Catholic lay preacher. “The band’s sound has evolved since it was formed and we make sure to adapt to changing times—but without compromising the core and message of the band.”

Praise for the band

Alvin, who used to play as front act for music icon Freddie Aguilar, said Himaya—Cebuano for “glory” or “praise”—started out as a praise band and later on crossed over to folk and secular music. The band spent the last 24 years putting out original and independently produced singles and albums. In 2019, the group was signed by PolyEast Records under which they released the song “Payakap.”The group has also written soundtracks for films, the latest being Perry Escaño’s “Caught in the Act.”

Staying true to Direk Perry’s vision for the movie, Himaya, with input from songwriter Henry Ong, crafted a set of tunes that revolve around self-love, but with differing sounds and feel—slow rock, pop, R&B.

“I talked to these young, very promising singers I worked with to get a feel of their personalities and see their strengths as singers… to come up with songs that would suit them,” said Alvin. INQ