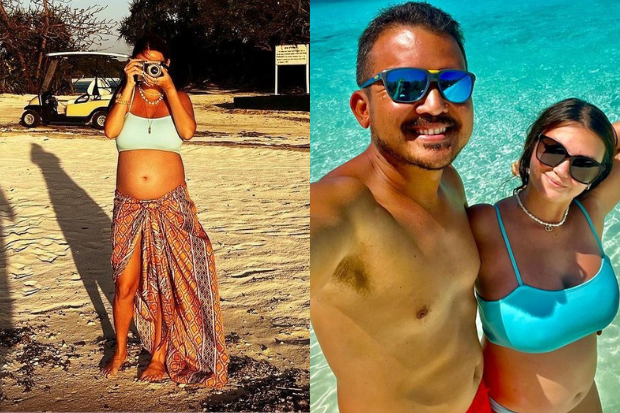 Angelica Panganiban is a blooming mom-to-be as she proudly flaunted her growing baby bump in her recent beach vacation with her non-showbiz boyfriend Gregg Homan.

The actress showed herself donning a white bikini and a patterned cover-up while covering her face with a camera, as seen on her Instagram page yesterday, April 21. She also gave a glimpse of herself in a blue two-piece swimsuit while taking a dip with Homan at the beach.

Panganiban described the beach outing as their “BabyMoon.”

Fellow celebrities Janine Gutierrez, KC Concepcion, Bela Padilla and Bianca Gonzalez were among those who complimented Panganiban for her radiant look.

“Ano ba yan kakakilig naman ‘yan (What a thrill that is)! So happy for you!” Concepcion said. 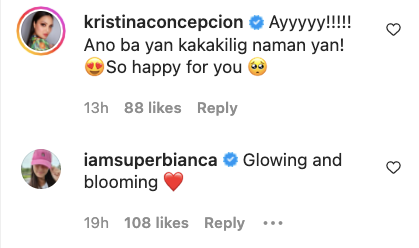 Panganiban announced that she and Homan are expecting their first child by showing a sonogram of her baby last month. According to her, being a mother is the “most awaited and most important role” in her life.

The actress revealed her relationship with Homan on New Year’s Day of 2021. They marked their first anniversary in July last year.  /ra