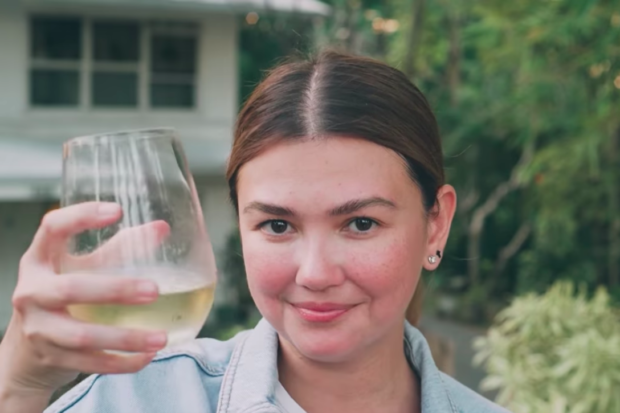 Angelica Panganiban has spoken up against “scammers” who took advantage of the COVID-19 pandemic as she gave the public new advice for the coming 2022 polls.

The actress lamented the profiteering of essential goods due to fake bookings and fraudulent online sellers as she warned against “scammers” in the upcoming elections. She stated this in a collaborative video with non-government organization Young Public Servants, on the group’s Facebook page yesterday, Feb. 11.

(Liars are rampant. I remember so many people, friends. It’s already pandemic, yet they still trick others… Sisters, brothers, it’s life and health that we’re talking about here. I feel sorry for those who truly need us.)

Without naming any specific individual, Panganiban declared she would not give a second chance to someone who has a history of tricking others.

(I don’t believe in second [chances, in comebacks]. If there’s history of tricking others, we say never again, never forget.)

(So this election, be wary of scammers, they’re rampant. Avoid those who promise gold, they trick others. Don’t be fooled and for God’s sake, don’t vote for a thief.)

This is Panganiban’s second collaborative video with Young Public Servants, and it has garnered more than 1 million views as of this writing.

In the first video, the actress recalled her experiences with cheaters while giving the public advice in choosing candidates to vote for in the coming elections.

Fellow celebrities Angel Locsin and Kim Chiu are also among those who recently issued their own reminders for the 2022 polls. Locsin encouraged the public to thoroughly examine each candidate, while Chiu stressed the importance of choosing leaders who are “not in love with money.”

Meanwhile, Panganiban previously expressed regret for endorsing President Rodrigo Duterte in the 2016 elections, after the National Bureau of Investigation summoned Pasig City Mayor Vico Sotto in 2020. Panganiban, who defended Sotto, asked forgiveness from her fans for her endorsement upon being asked about her former stand.  /ra

Kim Chiu urges public to vote wisely: ‘We need leaders not in love with money’