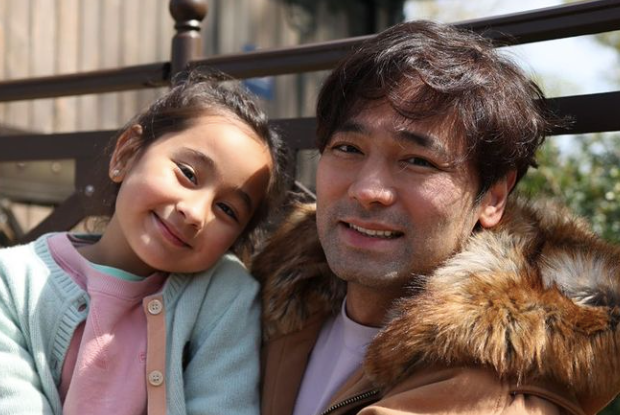 The father-and-daughter duo made their adorable reenactment of the scene while on a car ride, as seen on the kid’s official Instagram page today, April 15.

Scarlet is supposed to say the line “You’re nothing but a second-rate, trying hard copycat!”, but instead of throwing wine at Kho’s face like in the original movie, Scarlet delivered a fake slap to her father’s cheek.

Kho and Scarlet constantly broke into giggles while filming their version of the scene, but eventually completed a full take after several attempts, though Scarlet also giggled after they said their lines.

“I think I finally got it on my fifth try. (This is just acting, ok. I didn’t really slap Daddy. I wouldn’t dare!),” the child’s account stated.

Kho’s wife and fellow doctor to the stars Vicki Belo can also be heard giving tips to Scarlet, telling the child to “be in character” and “internalize.”

Kho, Belo and Scarlet are currently in Paris for a vacation.

“Bituing Walang Ningning” is a 1986 film starring Cherie Gil and Sharon Cuneta. It tells the story of the famous singer Lavinia Arguelles (Gil) who got overshadowed by her fan Dorina Pineda (Cuneta).

Back in 2018, Gil dedicated an Instagram account for her character and went on a mission to “arrive to 100 victims of this 1986 iconic scene with every relevant person I meet now in the 21st century.”  /ra