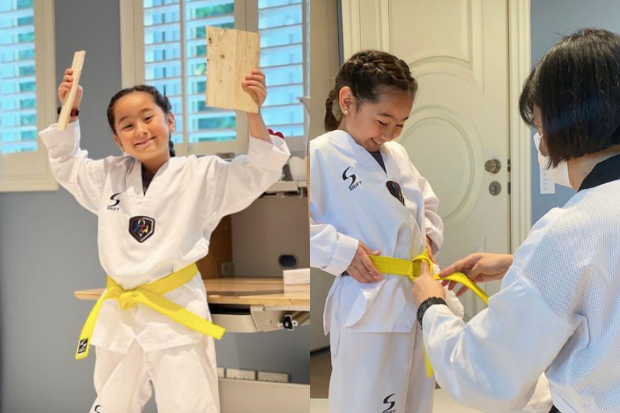 Scarlet Snow Belo has received an “awesome” early birthday gift after passing a kick test and earning her yellow belt in taekwondo.

Scarlet showed off her yellow belt while holding a piece of wood that she cut in half during her kick test, as seen on her official Instagram page yesterday, March 2. She was taught by national athlete and taekwondo coach Jade Zafra.

“[I] passed my kick test! I now have a yellow belt. What an awesome early birthday gift!” the page stated.

Scarlet’s mother, celebrity doctor Vicki Belo, expressed how proud she is of her child while showing the kid receiving her belt, via her Instagram Stories, also yesterday.

“My baby graduated from her white belt to a yellow belt! Congratulations @scarletsnowbelo. I am [so] proud of you!” she said. 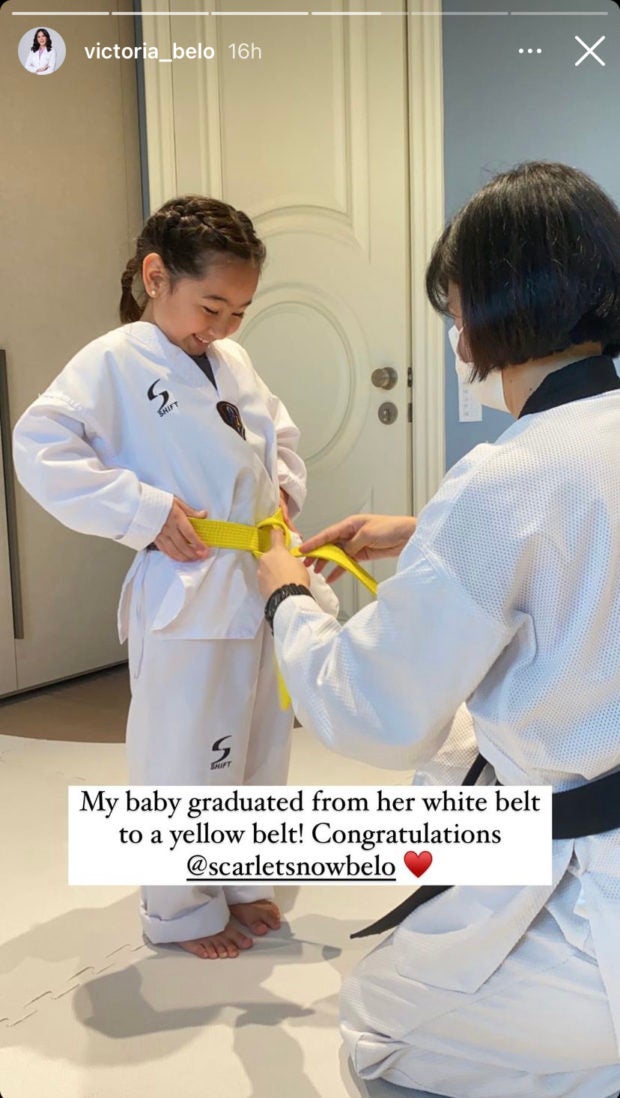 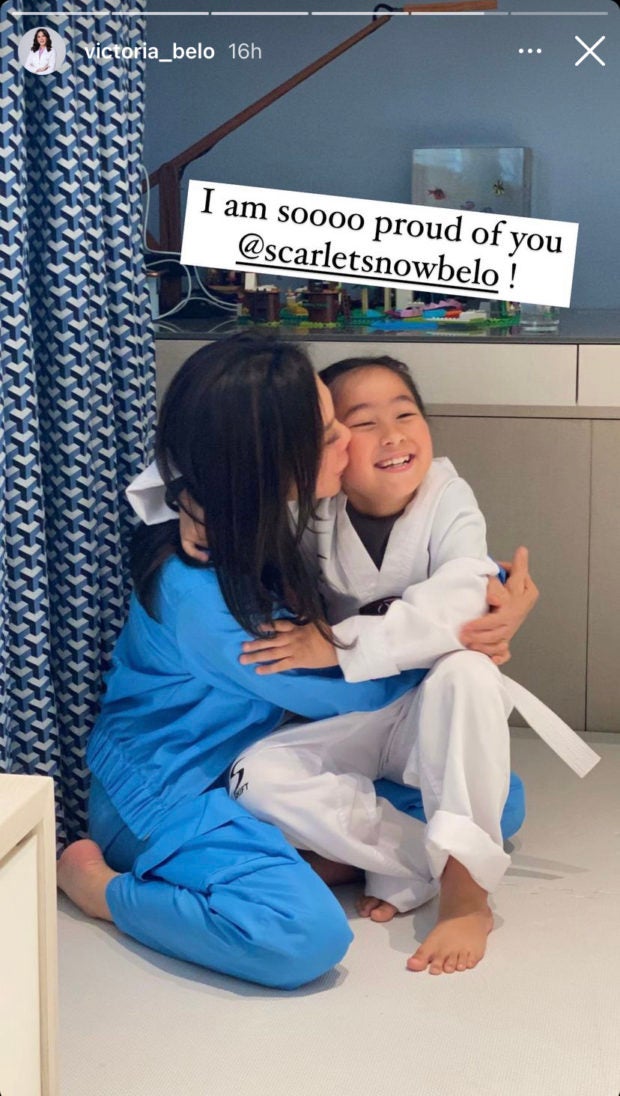 Actress Francine Diaz, who was recently given an “Encanto”-inspired birthday treat by Belo, also greeted Scarlet for earning her belt.

Scarlet is Belo’s only child with her fellow doctor to the stars, Hayden Kho. The couple welcomed their daughter in 2015 and got married in 2017. Recently, Scarlet appeared to be eager to become a big sister as she teased her parents about giving her a baby brother.  /ra