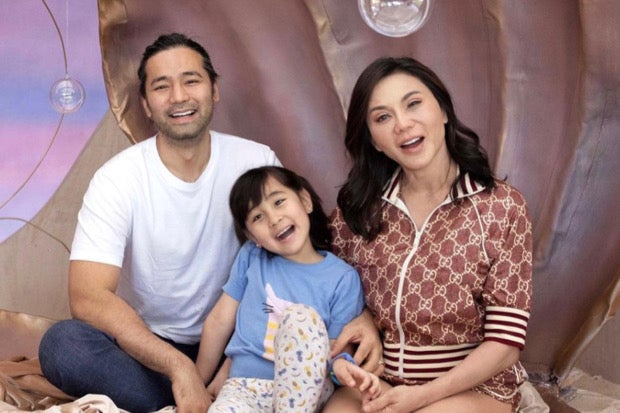 Scarlet Snow Belo appears to be really looking forward to becoming a big sister as she “teased” her parents, celebrity doctors Vicki Belo and Hayden Kho, about giving her a baby brother.

“Big sister for a day again! I’m getting the hang of this. Mommy? Daddy? I’m still waiting for you know what!” her page stated, also showing a baby boy emoji.

Scarlet has earlier expressed her eagerness to have a baby brother, as seen on Vicki’s Instagram page last Tuesday, Jan. 25.

Vicki, Hayden and Scarlet can be seen playing a game where they try to shoot a pen in a pen holder while saying a wish. If the pen lands inside the holder, the other players will grant the wish of the one who threw the pen. At the latter part of the video, Scarlet crawls near the pen holder and places the pen in it, then asks for a baby brother, to which Kho answers “OK” as he crawls towards Vicki.

Scarlet is Vicki and Kho’s only child. The couple welcomed their daughter in 2015 and had a Parisian wedding in 2017. JB