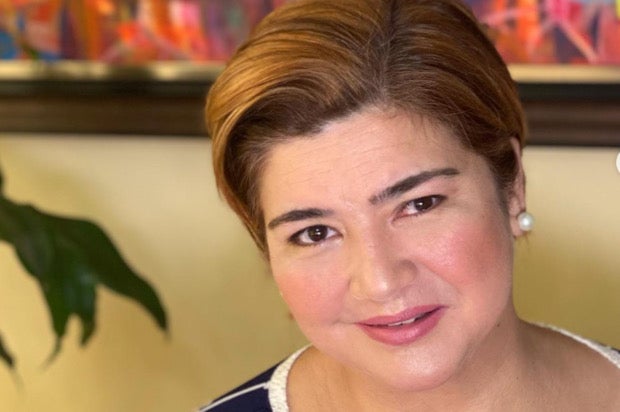 Nadia Montenegro expressed her disappointment over a membership-shopping club for allegedly being non-cooperative after an estimated P130,000 was stolen from her mother inside the establishment.

Montenegro narrated how she rushed to S&R in Novaliches when her sister informed her of the incident, as seen on her Facebook page yesterday, March 2. The actress then called the police after the management seemed to have denied them access to the CCTV footage.

According to Montenegro, seven people were involved in stealing her mom’s wallet. The suspects were said to have withdrawn the money from her mother’s cards within 10 minutes.

“I don’t hardly do this but this is very scary and unacceptable,” she said. “We’re not safe anymore, we’re not even safe in a membership club.”

Montenegro was later on given access to the CCTV footage and shared a screenshot of the scene where her mom was surrounded by the suspects, as seen on her Facebook page, also yesterday. She also pointed out that the establishment “have a lot to do with the issue.”

“UNACCEPTABLE! GOD WILL PUT YOU IN YOUR PROPER PLACES! NAPATAWAD KO NA KAYO (I have forgiven all of you). NOW ITS TIME TO PAY FOR THE CONSEQUENCES OF YOUR EVIL ACTIONS!” she said.

Montenegro then showed herself in a police station where apparently two other customers reported to have been victimized by the same modus, as seen on her Instagram page, also yesterday. Montenegro also stressed that she’s not after the money anymore but the assurance of safety from these people.

“This has to stop because this has been happening na pala (already) for a long time inside this establishment which is hindi po pinapansin ang mga customers (customers are not given proper attention). There is something wrong with the lack of security and there is also really something going on with this group, who I really hope na mahanap namin (that we find),” she added.

Montenegro said that they have identified the faces of the suspects as well as the plate number of their vehicle. She added that she will be in touch with the police and update the public for further development on the incident. JB

‘It all happened so fast’: Ulysses devastates Nadia Montenegro’s home