Russian cinema in turmoil as Hollywood pulls out 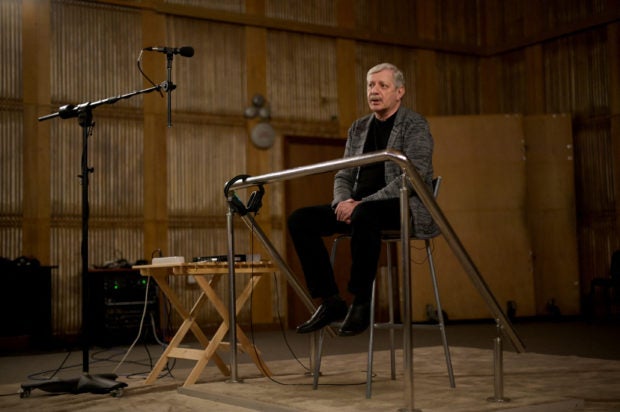 But it has not made Grekova turn against President Vladimir Putin.

“It’s the West that I hate today and not Putin,” the 56-year-old said.

“Bollywood may replace Hollywood in Russia, but it’s too late for me to learn Hindi,” she said, referring to India’s refusal to condemn Moscow or join in with sanctions.

Russia’s film industry has been thrown into turmoil by the fighting in Ukraine just as it was beginning to recover from the pandemic.

And like in many sectors hit by sanctions, the film industry is turning away from the West, looking inward to its own movies or east to Asia.

Russians are avid cinema-goers with the highest number of admission in Europe, 145.7 million last year, according to the European Audiovisual Observatory.

Many flock to see Hollywood films, which are often dubbed instead of being shown with subtitles.

Before Hollywood’s withdrawal, Russian company Mosfilm-Master was dubbing around 10 foreign films a month, mostly from English.

“Now we have lost two thirds” of business, the company’s director Yevgeny Belin told AFP in its high-tech dubbing studio in Moscow.

“During the pandemic, we had films but no cinemas open. Today, we have our cinemas but no films,” he said.

Russia’s National Association of Cinema Owners said last month that cinemas risk losing up to 80% of their revenue.

Looking to adapt, Mosfilm-Master is on the hunt for translators from Korean and Mandarin, even though Belin said he “doubts that Asian films work for Russians” because of cultural differences.

“Westerners are closer to us,” said the 70-year-old, who has spent three decades in dubbing.

Olga Zinyakova, the president of Karo, one of Russia’s leading cinema chains, said she is confident the industry can rebuild.

“The situation is extremely difficult but not catastrophic,” the 37-year-old said.

“Since the arrival of Hollywood in post-Soviet Russia 30 years ago, we have gone through a lot of crises: political, economic and the pandemic,” she said, surrounded by empty seats in Moscow’s Oktyabr cinema, home to Europe’s largest screening room with 1,500 places.

Since the conflict began on Feb. 24, the number of tickets sold in Karo’s 35 cinemas has fallen by 70%, Zinyakova said.

The Russian government has promised major financial support and tax breaks to film production and cinemas, as it looks to replace Hollywood films with more homegrown fare.

“Russians will explore themselves more deeply,” said Zinyakova, pointing to the success of Russian films from the 1990s like the cult movie “Brat” (“Brother”) which is screening again in several Moscow cinemas.

Zinyakova is also preparing to include more Asian and Latin American films among upcoming releases.

“And when Hollywood comes back, the Russian market and viewers will no longer be the same,” she said.

Pavel Doreuli, a 44-year-old sound designer who works on around 15 Russian films a year, said it was no surprise that Hollywood has pulled out of Russia.

“World cinema has been hostage to big politics for years,” he said, saying major film festivals like Cannes and Berlin were no longer about art, but about promoting “certain values.”

Still, Doreuli said it would be a shame for Russia to be cut off from world cinema, pointing to the exclusion of official Russian delegations from this year’s Cannes film festival.

“If they are excluded from international festivals, Russians will give up on arthouse cinema that offers a different vision of the world, which is so precious today,” he said. JB