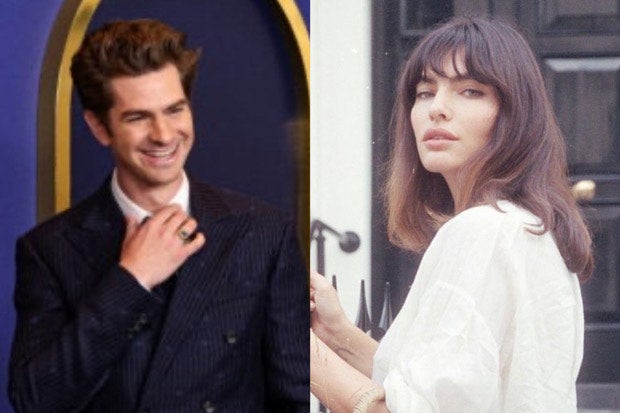 Andrew Garfield and American model Alyssa Miller have reportedly broken up over a month after their first public appearance as a couple at the 2022 Screen Actors Guild awards.

Garfield and Miller first sparked dating speculations after they were spotted holding hands while strolling in New York in November last year. The two reportedly have called it quits due to their work schedules which made it hard for them to spend time together, as per a statement of a source to The Sun last Friday, April 1.

“They were together for quite some time before they went public, but work schedules mean it has been really hard to see each other,” the source was quoted as saying. “On top of that it became clear that there were some differences between them and it was decided they are better off apart, for now at least.”

The source also revealed that the breakup was “disappointing” for Garfield as he wanted to “share the excitement of the awards season with someone he loved.” Garfield earlier attended the Oscars ceremony by himself, where he was nominated for the Best Actor award. He earned the nomination for his role as Jonathan Larson in the film adaptation of Larson’s musical play “Tick, Tick…Boom!”

“He is keeping his chin up and taking some time for himself after a hectic few months,” the source added.

Meanwhile, Garfield is set to star in the crime-drama miniseries “Under the Banner of Heaven” which is based on Jon Krakauer’s nonfiction book of the same title. Garfield will be portraying the character of Jeb Pyre, a Mormon detective whose investigation into the murder of a mother and her child leads him to question his own faith. Anne Pasajol/JB