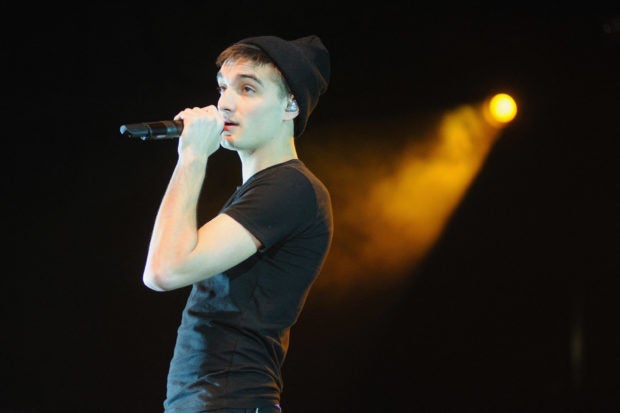 Tom Parker of The Wanted performs during the B96 Pepsi Jingle Bash at Allstate Arena on Dec. 14, 2013, in Chicago, Illinois. Image: Getty Images/Timothy Hiatt via AFP

Tom Parker, one of five members of British-Irish boy band The Wanted, died on Wednesday aged 33, less than two years after revealing he was suffering from an inoperable brain tumor.

The singer from northwest England announced the diagnosis in October 2020 and after undergoing treatment, joined the rest of the band on a reunion tour in March.

But his wife, actress Kelsey Hardwick, wrote on Instagram on March 30: “It is with the heaviest of hearts that we confirm Tom passed away peacefully earlier today with all of his family by his side.”

The remaining four bandmates said: “He was our brother, words can’t express the loss and sadness we feel. Always and forever in our hearts.”

Parker and Hardwick have two small children including one born after his diagnosis.

Formed in 2009, The Wanted had number-one singles in Britain with “All Time Low” and “Glad You Came,” the latter also reaching number three in the United States Billboard chart. DC