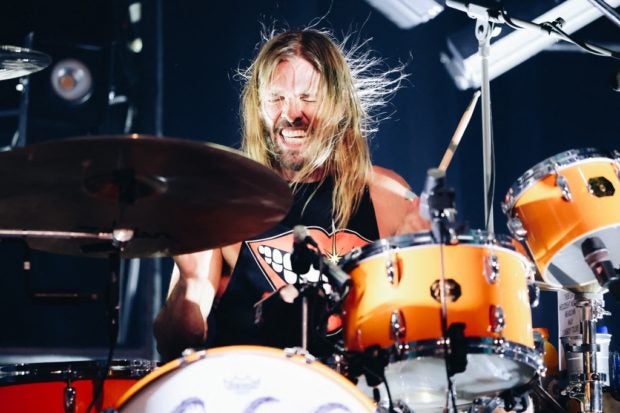 Taylor Hawkins of Foo Fighters performs onstage at the after party for the Los Angeles premiere of “Studio 666” at the Fonda Theatre in Hollywood, California. Image: Getty Images/Rich Fury via AFP

Drummer Taylor Hawkins of the multi-Grammy award-winning rock group the Foo Fighters has died, his bandmates said in a statement Friday. He was 50.

“The Foo Fighters family is devastated by the tragic and untimely loss of our beloved Taylor Hawkins,” the band said in a statement on Twitter. “His musical spirit and infectious laughter will live on with all of us forever.”

The statement did not say the cause of Hawkins’ death, news of which emerged the same day the band was due to play at the Festival Estereo Picnic in Bogota, Colombia.

The festival said in a statement that the show would not go ahead.

Hawkins had played with the Foo Fighters—one of the United States’ most influential and critically lauded  alternative rock bands—since 1997, when he was taken on by lead singer and former Nirvana drummer Dave Grohl.

He provided percussion on some of the group’s biggest hits including “Learn to Fly” and “Best of You.” He previously drummed for Canadian indie songstress Alanis Morissette.

The Foo Fighters celebrated their 25th anniversary last year and had most recently produced “Studio 666,” a rock-and-roll horror movie.

Tributes poured in from across the music world, with legendary frontman Ozzy Osbourne hailing him as a “great person and an amazing musician” and punk rocker Billy Idol describing the news as “tragic.”

“In utter disbelief at the news of Taylor Hawkins,” rockers Nickelback said in a statement on Twitter. “Our deepest condolences to his family, his bandmates, his team, his friends and everyone that was ever touched by the music he created with @foofighters @Alanis and so many others.” DC